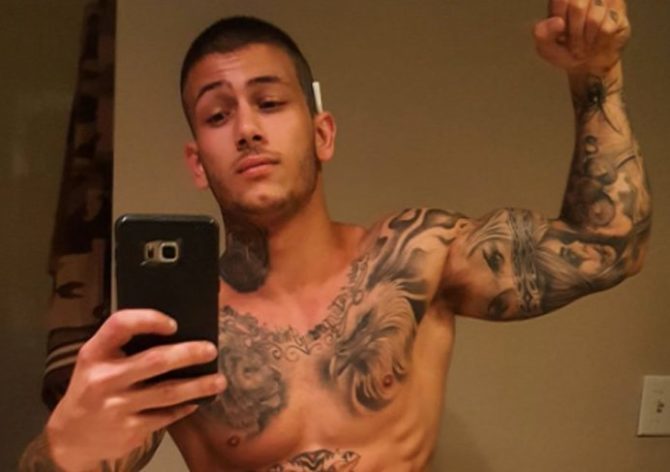 Earlier this week, ex-amateur-gay-for-pay solo performer Michael Hoffman posted a video on Twitter about how his x-rated past has made finding a job or a girlfriend practically impossible.

“My decision four years ago to start making videos has really f*cked me up,” an older, wise Hoffman, now in his early 20s, said. “I lose girl after girl. I can’t land a relationship. Can’t get a job. Can’t go anywhere. Can’t do anything.”

Four years ago, Hoffman was at the top of his game. He was known as the young, hot, tatted-up bodybuilder who posted a series of solo videos to a number of pay-for-view gay sites and raked in tons of money doing so.

“Every single person I meet finds out or knows about it, gets creeped out, doesn’t want to be f*cking friends with me,” Hoffman lamented. “I regret everything I ever did. Everything.”

His cautionary tale raises some important questions: Should having an x-rated past make a person ineligible for a job? Is it fair to disqualify someone simply because, once upon a time, they did sex work? Do a few naughty videos negate a person’s chances at having a meaningful professional life?