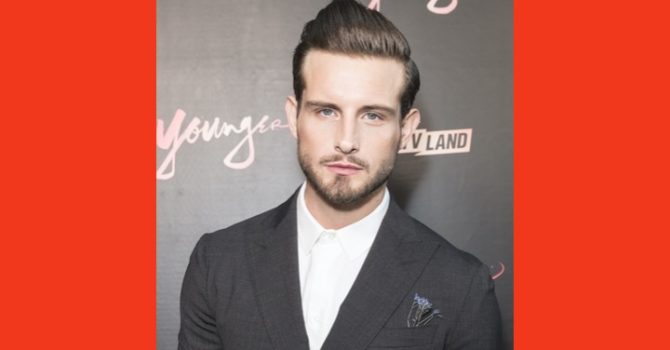 Nico Tortorella has come out as gender-fluid with the help of RuPaul’s Drag Race season 9 queen Trinity “The Tuck” Taylor.

The queer actor, who has previously opened up about his non-binary sexuality, says they recently started using gender-neutral pronouns.

In a video produced by them., Taylor gives Tortorella a drag makeover and initiates the frank conversation by telling him: “You identify as gender-fluid.”

Nico responds: “This isn’t actually anything that I’ve really talked about on a public level quite yet, but I just pretty recently have come to terms with the fact that maybe I’m not fully cisgender.”

“And what does that mean?” Nico continues. “I think the vocabulary for that is so wide right now and it’s like picking which word fits best.”

And Nico has a new one to add to the lexicon: Cissy. As in: “Kind of cisgender-ish, but like, a little soft.”

Repeating a claim they made in a previous interview, Nico adds:

“The most flack that I get from anything that I talk about, being bisexual or fluid, is from specifically white, cis, gay men.

“The trolls online love to just waste their time pounding away on keys.”

After Trinity finishes the makeover, Nico says “I feel beautiful.”