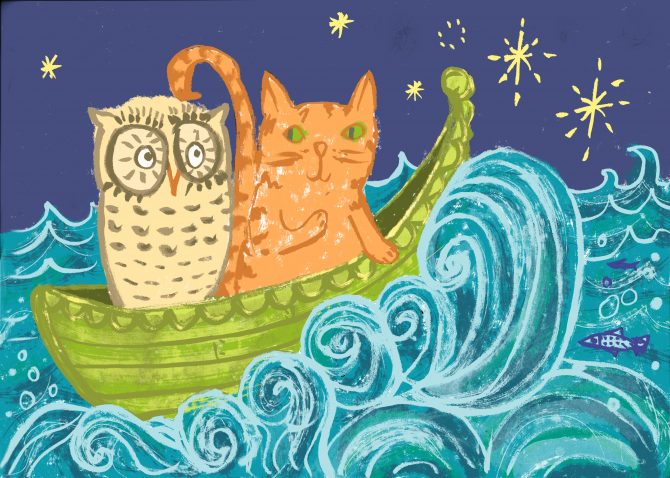 English poet Edward Lear could not have expected his 1871 work “The Owl and the Pussy-Cat” to become a meme nearly 250 years later, but hey, language evolves!

Related: Cate Blanchett declares “I am a lesbian!”

Here’s the excerpt that, apparently, resonates.

Nobody: … Lesbians: from gay

“The Owl and the Pussy-Cat,” a nonsense poem published in Lear’s book Nonsense Songs, Stories, Botany, and Alphabets, tells the story of an owl and a cat who fall in love while out to sea and later get married by a turkey after buying a pig’s nose ring for the price of one shilling.

The Owl and the Pussy-cat went to sea

In a beautiful pea-green boat,

They took some honey, and plenty of money,

Wrapped up in a five-pound note.

The Owl looked up to the stars above,

And sang to a small guitar,

What a beautiful Pussy you are,

What a beautiful Pussy you are!”

Could Lear have been blamed for the double entendre? Perhaps. The use of the word in reference to anatomy reportedly dates back to the 18th century.

Anyway, fans of the poem include Family Guy’s Quagmire, who gets aroused by the poem in this deleted scene from the 2009 episode “Quagmire’s Baby.”