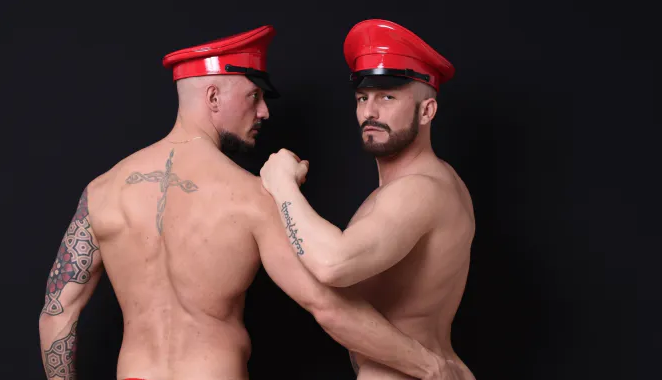 Not content to let social distancing stall out their sexy Sundays, a club in the UK took its weekly naked party online. A staggering 3,000 people joined in the video chat.

SBN (stark, bollock, naked) holds naked parties each Sunday in South London. With COVID-19 locking down societies on both sides of the Atlantic, club promoters opted to take the party online via video chat. Whereas 600 people will often show up to the party in London, the aforementioned 3,000 joined via the internet. Apparently lockdown makes people amorous.

“From that I knew Sunday was going to be busy,” Jamie HP, club promoter for the event, told GayStarNews. “So I upped the numbers who could take part online. At one point we had 800 people online, although only 100 people could see each other at the time. I was running around like a blue arsed fly trying to make it work. It was a real learning curve but it can only get better. We had DJs still, plus two live performances. Max and his boyfriend came in from Spain and Martin and his boyfriend from Scotland. We kept the same rule that everyone has to be naked. Some were masturbating and some were playing with partners they live with.”

As with a live SBN event, all attendees had to be naked to take part online.

DJs and performers donated their time for the event, and online attendees were able to join for free. Jamie now says, despite the expense of setting up a video feed, he intends to keep SBN running as an online event throughout the coronavirus lockdown, and also apply the format to some of his popular fetish nights.