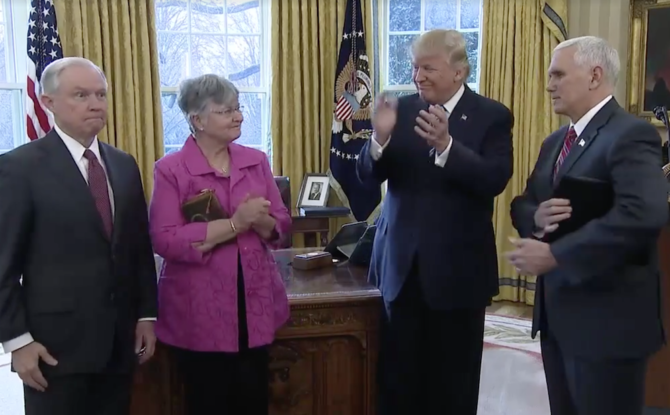 In his now-trademark alternate reality doom/gloom fashion, President Trump swore in racist and homophobic Jeff Sessions as our nation’s 84th Attorney General, referencing a dark version of the U.S., with Sessions as its savior of justice.

And judging by the looks Sessions was giving the President and the audience present at the event, we’re going to go out on a limb and say that if you’d asked him five years ago if he’d ever be the U.S. Attorney General, he’d say no.

His record on civil rights prompted Cory Booker (D, NJ) to become the first sitting Senator in history to testify against a fellow Senator in a nomination hearing.

Sessions also has a record of strong opposition to LGBT rights, earning him a “0” rating from HRC. He opposed the Matthew Shepard Act while in the Senate, arguing that he doesn’t believe that LGBT people “face that kind of discrimination.”

And yet, here he is — all sworn in and everything.

“Mr. President, thank you for this great honor. It’s something I never thought would happen in my life,” Sessions said as he took the mic.

Here are eight moments from the ceremony in which we totally believe him on that one. But while he may be a bit frightened about his new post, we’re the ones who are truly terrified: 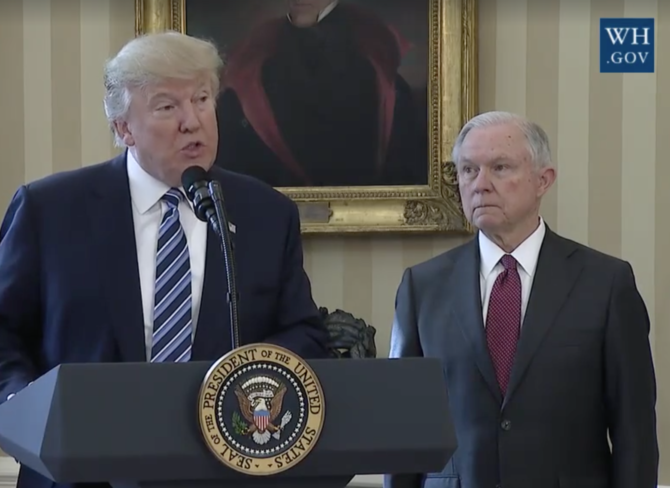 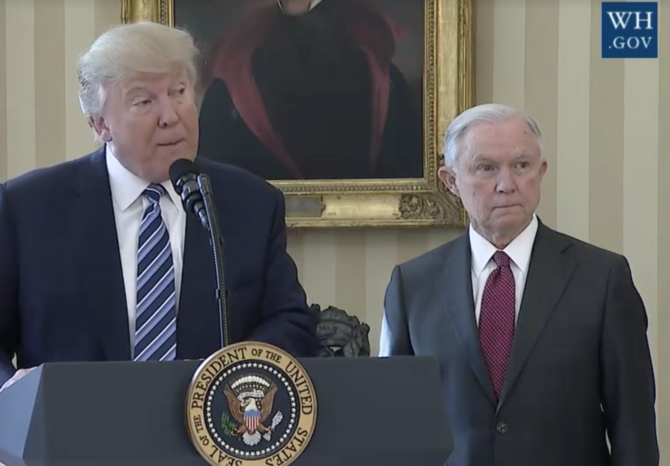 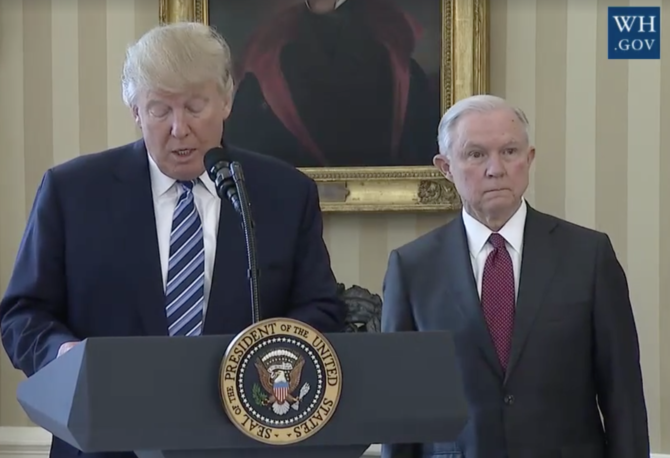 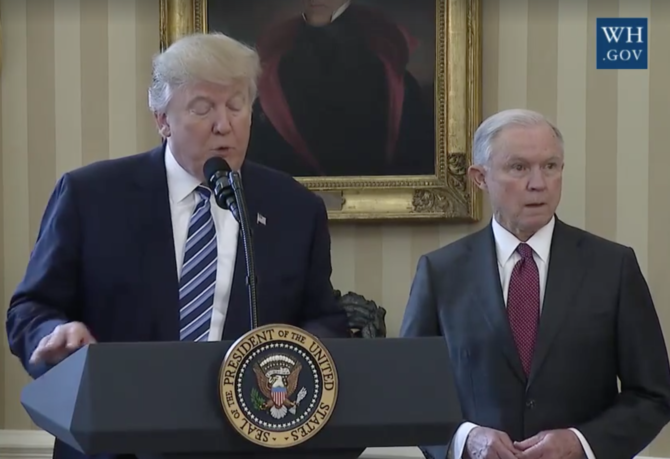 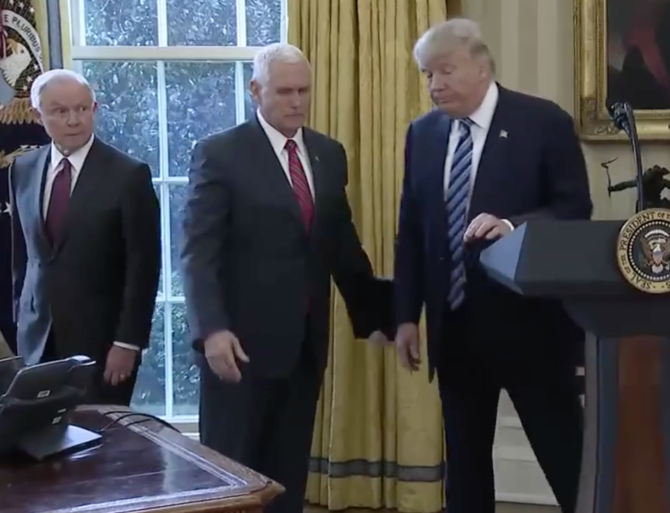 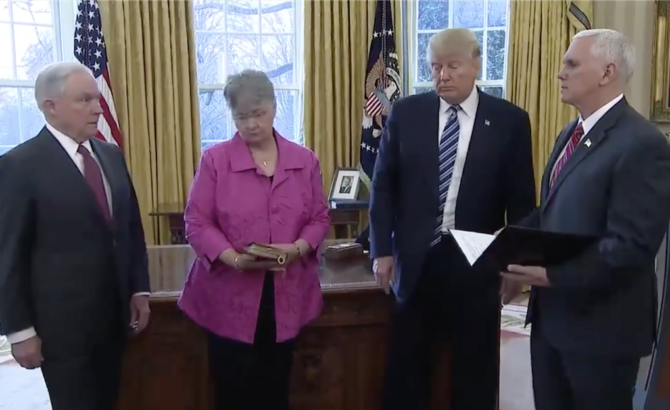 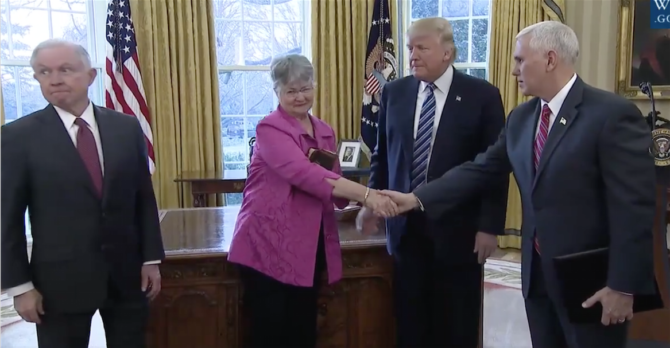