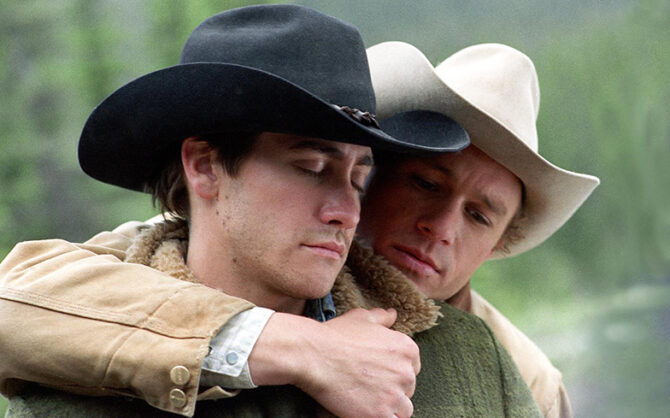 Actor Josh Hartnett has revealed one of his biggest showbiz regrets: that he never got a chance to make out with Joaquin Phoenix.

The actor, known for his roles in The Faculty and Penny Dreadful, made the jestful remark in a new interview with News.com.au. Hartnett reveals that he and Phoenix almost snagged the leads in Brokeback Mountain, the groundbreaking gay romance that earned three Oscars.

“I was going to do Brokeback Mountain,” Hartnett told the outlet. “And I had a contract with Black Dahlia that I had to film, so I had to drop out of it… It was a different film altogether, it was me and Joaquin Phoenix. But they went on to do it with Heath [Ledger] and Jake [Gyllenhaal].”

“I’ve always wanted to kiss Joaquin, so that’s my biggest regret,” he then quipped.

Brokeback Mountain nabbed seven Oscar nominations, including nods for Best Actor and Best Supporting Actor. In addition to Phoenix and Hartnett, actors Matt Damon, Leonardo DiCaprio, Brad Pitt and Ryan Phillippe were also eyed to star. More than 15 years after its release, the film is still often cited by cineasts and audiences as one of the greatest films of all time.

As for Hartnett’s lingering regret, we would point out it’s not too late to kiss Joaquin Phoenix. We’d watch that movie…