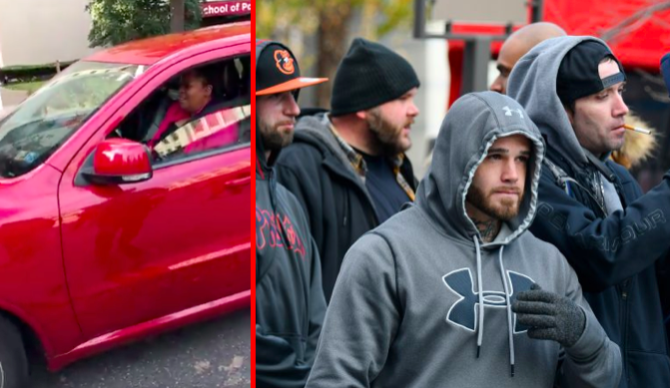 About two dozen racists, homophobes, and white supremacists turned out for the “We the People Rally” in Philadelphia last weekend, an alt-right event organized by the Proud Boys and aimed at uniting the “silent majority” to fight back against the left.

The event’s description on Facebook, which was created by right-wing extremists Holly Delcampo and Zach Rehl, reads:

This event is for all Patriots, Militia, 3%, constitution loving Americans, pro good cop, pro ICE, pro law and order, pro life, pro American value, pro gun and anti illegal immigration. Will you stand with us? ITS TIME TO SHOW PHILLY WHAT PATRIOTISM REALLY IS!!

It was held outside a Visitor Center near the Independence National Historical Park on Saturday.

After the event was over, rabble-rousers from the “We the People” attempted to leave by hailing cabs and Ubers. Unfortunately for them, as soon as the drivers learned who they were and what they had just been doing, they denied them service. Some politely declined to drive them. Others just sped off.

This is completely surreal. Fascists are trying to take taxis , but the drivers keep leaving whenever they realize what’s happening. pic.twitter.com/lcwPucpSPf

Repost of Uber driver turning down fascists but trimmed so license plate not visible pic.twitter.com/sGJmYcXQYr

We love seeing karma in action.

Related: Meet the alt-right frathouse creeps ‘The Proud Boys’, and then take a long shower