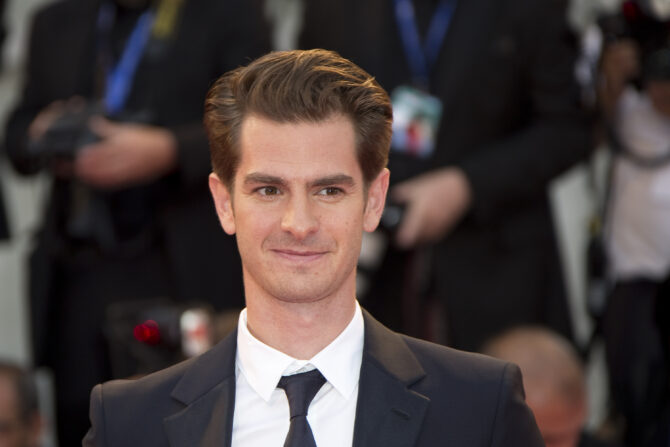 Andrew Garfield’s sexuality is, in a word, confusing. The actor has taken on numerous LGBTQ roles in the past, from portraying a transgender woman in the music video for Arcade Fire’s “We Exist” to playing Prior Walter in the AIDS-era play Angels in America.

He’s also been a staunch LGBTQ ally – he even dedicated his 2018 Tony Award to the community and spoke up about wanting more LGBTQ representation in superhero films like The Amazing Spider-Man.

But being a straight ally and identifying as a member of the LGBTQ community are two different things. So, in which camp does Garfield belong?

“Gay Without The Physical Act”

Garfield came under fire in 2017 when, in promoting the London National Theatre’s production of Tony Kushner’s acclaimed Angels in America, he said watching RuPaul’s Drag Race was his “life outside of the play” and described himself as “a gay man right now just without the physical act – that’s all”.

“As far as I know, I am not a gay man,” he added. “Maybe I’ll have an awakening later in my life, which I’m sure will be wonderful and I’ll get to explore that part of the garden, but right now I’m secluded to my area, which is wonderful as well.”

The backlash from the community was swift, with some accusing Garfield of oversimplifying the LGBTQ experience and others calling his statement another clear example of queerbaiting.

He was also criticized for being a straight (or at least physically straight, following Garfield’s line of thinking) man playing a gay role – something that has been a strong point of contention for LGBTQ advocates, given that LGBTQ actors tend to be overlooked for both straight and queer roles.

To Garfield’s credit, he did clarify his statement later on, saying that what he meant to say was that, in deep respect for the community, he intended to “dive in as fully as I possibly can” in the role.

Did Andrew Garfield Come Out As Sexually Fluid?

While Garfield may not identify as gay right now, he told OUT magazine in a 2018 interview that he’s open to the idea of his sexuality being fluid.

“My stance toward life, though, is that I always try to surrender to the mystery of not being in charge,” he said. “I have an openness to any impulses that may arise within me at any time.”

However, he later clarified that if he had to label his identity at the moment, he’d identify as straight. 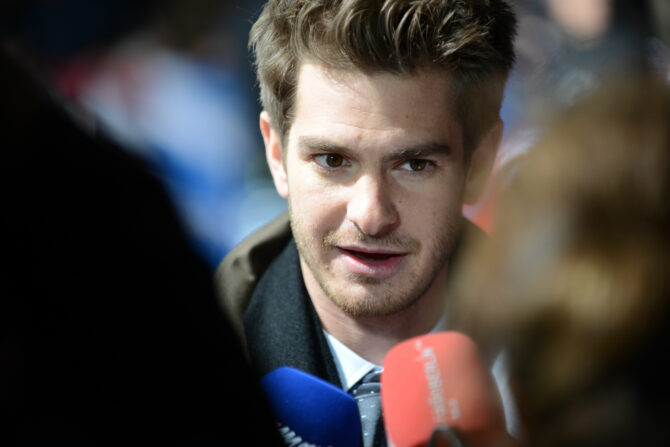 What Does Andrew Garfield Think About Straight Actors In LGBTQ Roles?

While promoting Lin-Manuel Miranda’s film adaptation of Tick, Tick… Boom!, an autobiographical musical about the life and tragic death of Rent creator Jonathan Larson, Garfield was once again asked in an interview about his views on reserving LGBTQ roles for queer actors.

In response, Garfield said, “If we only allow people to be cast exactly as who they are, it’ll be the death of empathic imagination.”

“I think it’s two different conversations getting conflated,” said Garfield. “One is about equality of opportunity, and I’m completely in on that. Because we should want a world in which, no matter your sexual orientation, your color, or your heritage, everyone gets a fair whack.”

“The two separate conversations have to happen simultaneously. Because I’m not willing to support the death of empathic imagination. It’s what we need most as a culture, and it’s beautiful. It’s the only thing that’s going to save us right now,” he added. 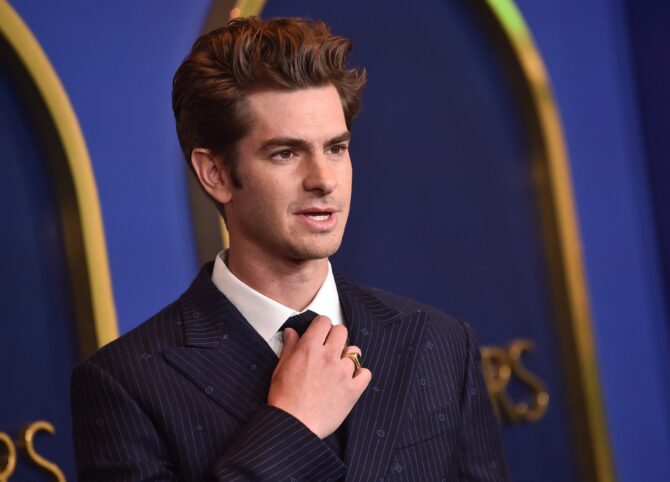 So, Is Andrew Garfield Gay?

Andrew Garfield is definitely, probably straight…right now, at least. He may identify as sexually fluid – or at least be open to the idea of fluidity – but, as it stands, Garfield identifies as heterosexual. But whether his stance on straight actors taking LGBTQ roles is problematic is a question – albeit a far more complicated one – for another time.