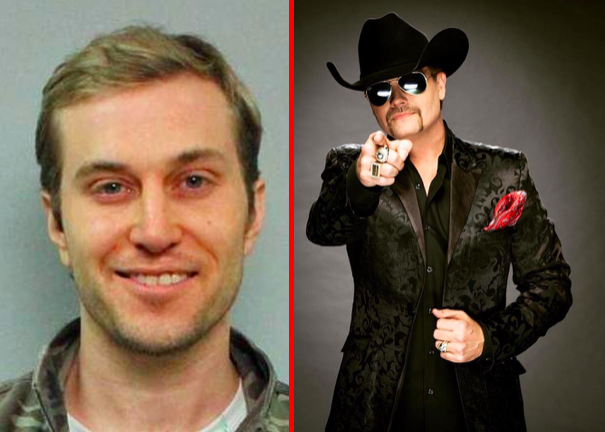 An antigay man currently leading the charge to stop his local library from hosting a Drag Queen Story Time has been accused of doing some pretty gay stuff.

Christopher Sevier filed a federal lawsuit this week in south Louisiana on behalf of an antigay hate group called Warriors for Christ and Special Forces of Liberty.

The suit aims to stop the city of Lafayette from hosting Drag Queen Story Time, which is scheduled to take place on October 6, by claiming it violates the First Amendment.

But that’s not what this story is about.

This story is actually about how Sevier, who has been an outspoken voice against marriage equality for years, has been accused of stalking another man.

According to multiple media outlets, for the past decade, Sevier has been in a dispute with country singer John Rich over some song rights. Since 2008, he has allegedly sent Rich countless threatening emails, resulting in the singer having to take out a retraining order, which Sevier then violated.

In one of the emails, Sevier allegedly threatened Rich’s children. In another, he allegedly sent a half naked picture of himself wrapped in an American flag and covered in blood.

Nothing like a homophobe sending half naked photos of himself to another dude for attention, right?

Evidently, stalking is something Sevier enjoys doing in his free time. Because it’s also being reported that, in 2014, he was accused of stalking a 17-year-old girl he met at an ice cream shop in Nashville.

According to The Tennessean, Sevier told police he was just being “friendly” to the girl when he offered to help her get “modeling work.” He added that he didn’t know why she would be so creeped out by his repeated attempts at helping her.

Not surprisingly, this isn’t Sevier’s first brush with the law. In the past, he’s had multiple warrants issued for his arrest for failure to appear for criminal contempt proceedings, failure to pay child support, violation of a restraining order, and assaulting his father-in-law in an altercation that injured his then-7-month-old baby.