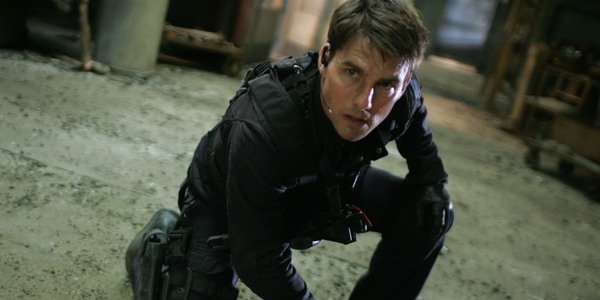 Hollywood icon and Scientology enthusiast Tom Cruise landed himself in the headlines this week after audio of a profanity-laden rant leaked to Twitter. Needless to say, the recording has gone viral.

The incident happened on the set of Mission: Impossible 7 currently filming in the United Kingdom. The production is one of a handful of Hollywood tentpole films to resume filming amid the COVID-19 pandemic, albeit under very strict guidelines to avoid transmission of the virus. Apparently, Cruise spotted two crew members standing less than the requisite six feet apart on the set. That’s when the 58-year-old actor exploded.

“I’m on the phone with every f*cking studio at night, insurance companies, producers, and they’re looking at us and using us to make their movies,” Cruise screams. “We are creating thousands of jobs you motherf*ckers. I don’t ever want to see it again, ever! And if you don’t do it you’re fired, if I see you do it again you’re f*cking gone. And if anyone in this crew does it – that’s it, and you too and you too. And you, don’t you ever f*cking do it again.”

“That’s what I think of Universal and Paramount,” Cruise continues in his tirade. “Warner Brothers. Movies are going because of us. If we shut down it’s going to cost people f*cking jobs, their home, their family. That’s what’s happening. All the way down the line. And I care about you guys, but if you’re not going to help me you’re gone. OK? Do you see that stick? How many meters is that?”

“When people are standing around a f*cking computer and hanging out around here, what are you doing?” he concludes. “And if they don’t comply then send their names to Matt Spooner. That’s it.”

Cruise has a point. COVID-19 has dealt a terrible blow to the American film industry, with numerous film releases delayed and productions suspended or canceled altogether. Theatre owners teter on the brink of bankruptcy, and economists estimate that the industry could lose up to $5 billion this year alone.

For that matter, Tom Cruise is hardly the first actor to have an on-set rant go viral. Christian Bale made headlines in 2009 after audio of him yelling at cinematographer Shane Hurlbut on the set of Terminator: Salvation went viral. Last year, actor Joaquin Phoenix also endured criticism after outtakes from the film Joker showed him screaming at cinematographer Lawrence Sher during filming.

Subscribe to Queerty for a daily dose of #entertainment #covid-19 #mission:impossible7 stories and more