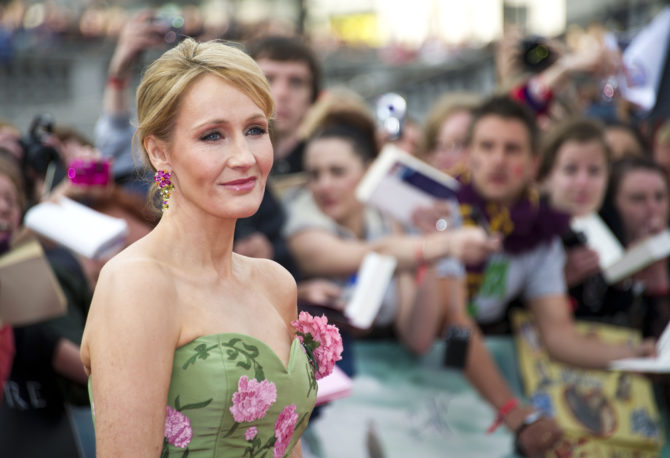 Authors Drew Davies, Fox Fisher and Ugla Stefanía Kristjönudóttir Jónsdóttir have all quit Blair Partnership, a London-based Literary Agency, over the agency’s perceived complacency in fellow author JK Rowling‘s criticism of transgender rights. At least one other author has quit the group as well, though wishes to remain anonymous at this time.

Davies, Fisher and Jónsdóttir released a joint statement criticizing Rowling and Blair Partnership. The group initially called on Blair to “reaffirm their commitment to transgender rights and equality.” Unfortunately, the agency didn’t meet their standards.

“After our talks with them, we felt that they were unable to commit to any action that we thought was appropriate and meaningful,” they said in their statement. “Freedom of speech can only be upheld if the structural inequalities that hinder equal opportunities for underrepresented groups are challenged and changed.

“Affirmations to support LGBTQIA people as a whole need to be followed up by meaningful and impactful action, both internally and publicly. As LGBTQIA writers ourselves we feel strongly about having an agency that supports our rights at all avenues, and does not endorse views that go against our values and principles.”

The group also included words of solidarity: “Trans women are women, trans men are men and non-binary identities are valid.”

After months of Twitter activity which leveled criticism at transgender rights, JK Rowling released a more than 3,000-word essay decrying the transgender rights movement and criticizing transgender people who use bathrooms that correlate to their gender identity.

“When you throw open the doors of bathrooms and changing rooms to any man who believes or feels he’s a woman – and, as I’ve said, gender confirmation certificates may now be granted without any need for surgery or hormones – then you open the door to any and all men who wish to come inside. That is the simple truth,” Rowling wrote.