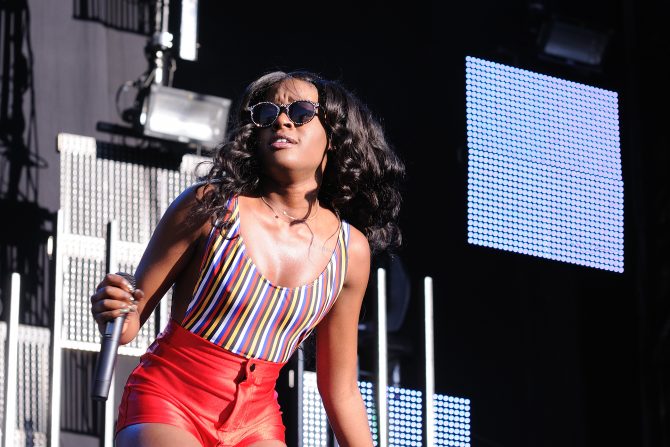 Azealia Banks has found herself suspended from Twitter (again) after using the platform to broadcast a transphobic rant regarding gender affirmation surgery.

On Tuesday, the rapper posted an impassioned message about Latino farmers deserving assistance from the government during the COVID-19 pandemic, which sounds great except she somehow managed to blame trans people for the lack of help they’re receiving.

In her first tweet, she wrote: “CANCEL ALL THESE DUMBA*S LUXURY TRANSGENDER HEALTHCARE ‘RIGHTS’ AND REDIRECT THE CASTRATION FUNDS TO THE LATINO FARMERS WORKING TO ACTUALLY FEED ANY OF US THROUGH THIS CRISIS.”

And continued: “THEY DESERVE ACCESS TO THE TRUMP COVID TREATMENTS MORE THAN ANY OF YOU A*SHOLES *NEED* TO CHOP YOUR C**KS OFF AND GET BREAST IMPLANTS AND HORMONES. THIS IS BULLS**T.”

Yikes. Blatant transphobia aside, we’re pretty sure that’s not how government funding works.

“WHO F**KING CARES,” she wrote. “Your hoes wants free healthcare to pay for breast implants under the guise of body dysmorphia but a cis gender [sic] woman can’t make the argument that she’s uncomfortable with the size of her breasts/face and ALSO get free luxury plastic surgery procedures?”

azealia banks does an oopsie pic.twitter.com/Zdtsu2l1VM

“Enough with the dumba*s they/them bulls**t… it’s ridiculous,” she continued.

Banks has a long history of highly criticized Twitter rants, often attacking the LGBTQ community. Banks herself says she identifies as bisexual.