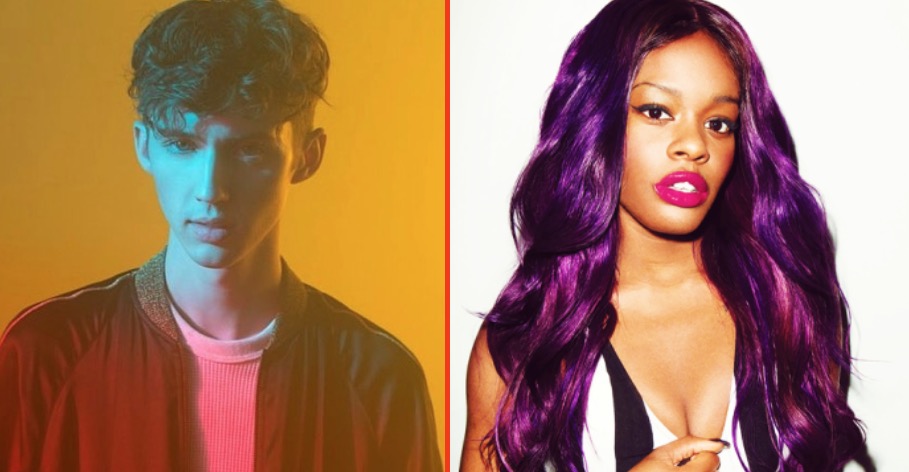 If you’re not with Azealia Banks 100%, you may as well be against her.

And hey, that’s her prerogative.

She doesn’t make it easy to back her all the time — we’ve covered her many beefs time and time again.

Now Australian pop star Troye Sivan finds himself fresh at the center of her displeasure yet again, after giving a wishy-washy answer to Andy Cohen about what he’d say to her if the two happened to be riding an elevator together.

To back it up, Sivan was asked in January if there are any rappers he’d be interested in working with.

“I mean, I was a huge Azealia Banks fan. That all just kind of like went south a little bit. It’s just one of those annoying things where you just want to support [her] so bad, and it just doesn’t work out like that.”

Banks didn’t appreciate the remark, and the friction led Cohen to ask his admittedly juvenile “what would you say in an elevator?” question when Sivan stopped by Watch What Happens Live to promote his new album, Bloom.

“Probably nothing. Like we would just awkwardly ride the elevator together. Maybe I would say, ’Hey.’ Actually, it’s weird because it’s not even a thing, but there was a little ’thing,’ but I would just say, ’Hey, I love your music.’ Because I do, that’s true.”

The white gays are obsessed . ?. Give it a rest already. Honestly… shit is mad annoying pic.twitter.com/bCZPFBfIMi

We’re not sure “obsessed” is quite the right word, but that’s life.

In fact, it might more accurately reflect her reaction to the situation:

First you said shit about my character when you don’t know me, then “I wouldn’t say anything..” bitchhhhhh what do you want from me? What is the reason for all this underhanded shade as if I give a fuck what some skinny white kid thinks of me

Stop trying to act like your above me with that performative “oh it’s not okay to like Azealia but I like her” type shit. Just keep it to yourself please

I do not need that kind of support from other artists. That’s how these girls like @DUALIPA steal from me and think it’s cool to not acknowledge it. If @troyesivan wants to show support make it genuine https://t.co/AmfvjZvoee

Throw the whole show away https://t.co/tyx7GGf0xa