The theme of the 2022 Met Gala, gilded glamour, pays homage to America’s decadent Gilded Age, which is the focus of the fashion exhibition inside the Metropolitan Museum.

While this year’s star-studded event lacked death-dropping queer mega-wattage — as in Billy Porter being carried in on a throne by glistening shirtless men or Lil Nas X serving gold robot — there was still a wealth of cheeky representation to be ogled.

These are the top lewks: 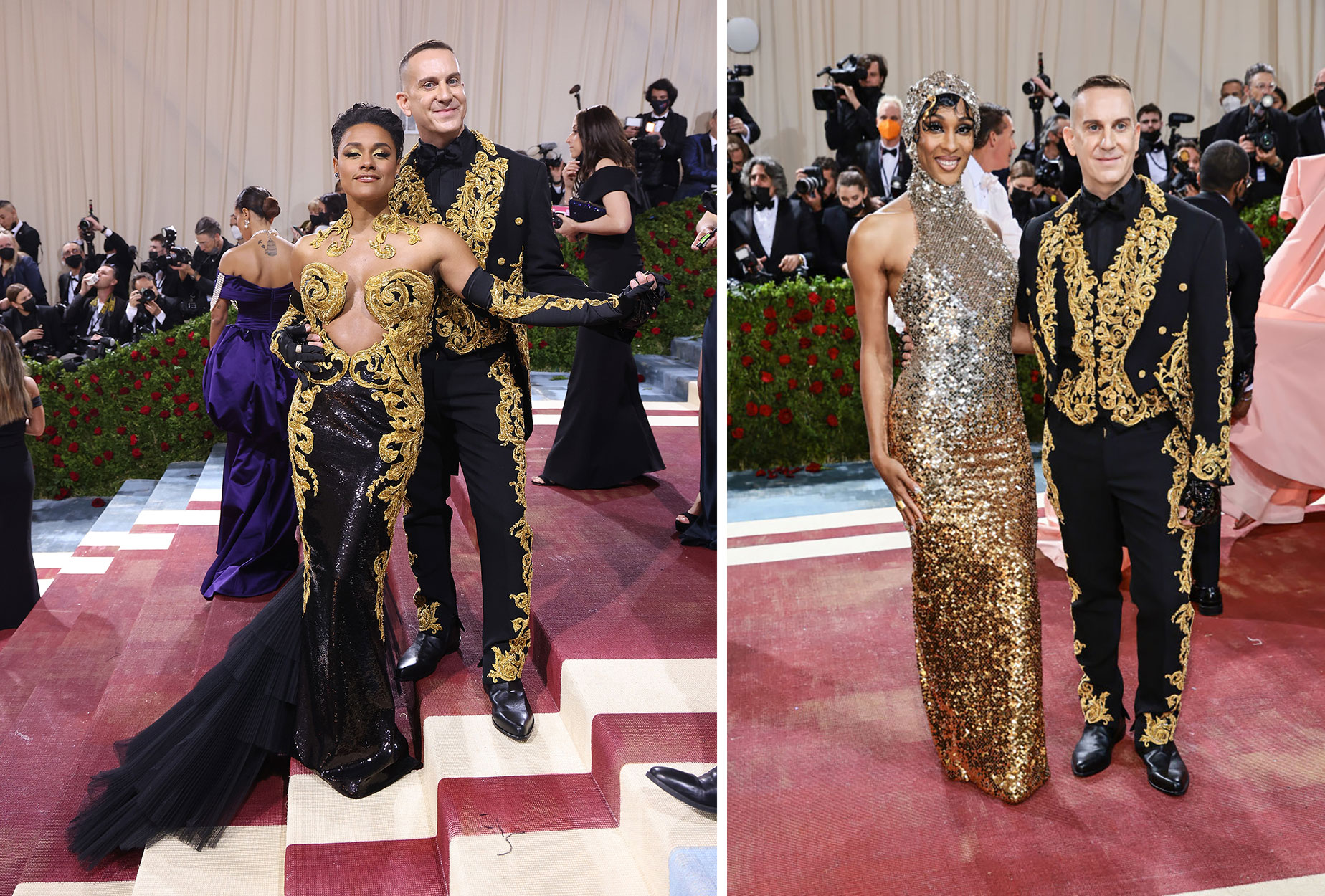 For their gilded glamour, these two out and proud showbiz legends looked to that godfather of camp, Jeremy Scott of Moschino, who stayed true to the night’s theme with OTT opulence. Others in the Moschino posse included Manu Ríos, Megan Thee Stallion, Simone Ashley, and Iris Law. 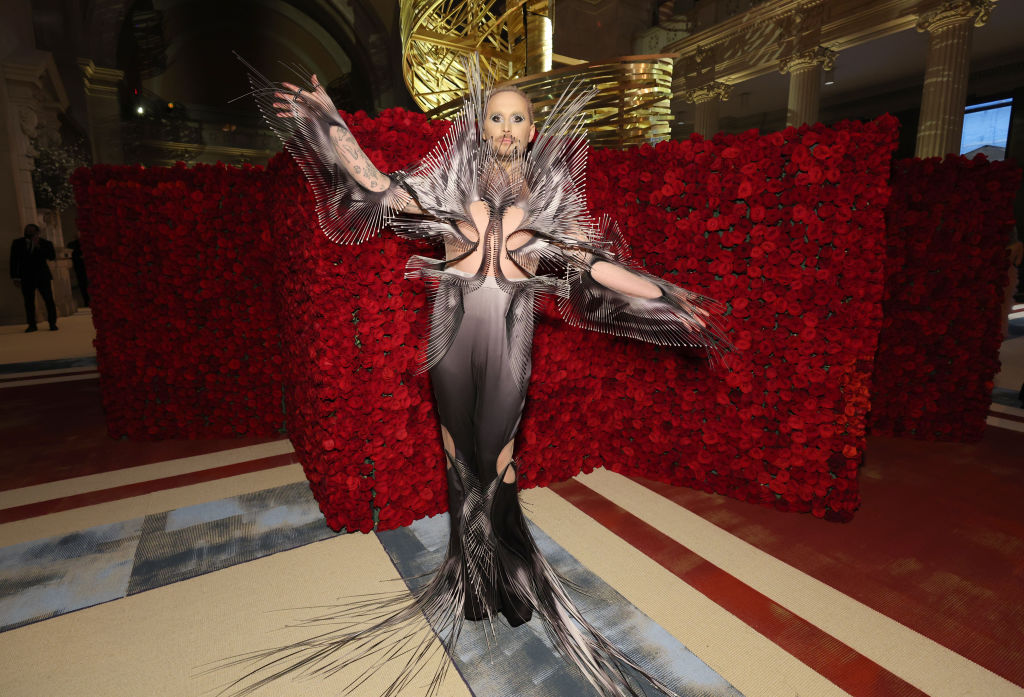 The internet nearly collapsed when someone misidentified this as Jared Leto. It’s Fredrik Robertsson, who first became non-famous when he attended a Valentino show in a silver balloon dress and everyone asked: Who is that? He’s the Swedish editor-in-chief of Boy Magazine, a champion of equality, and a close personal friend of designers far and wide. Here he wore Iris van Herpen — custom-made, of course. 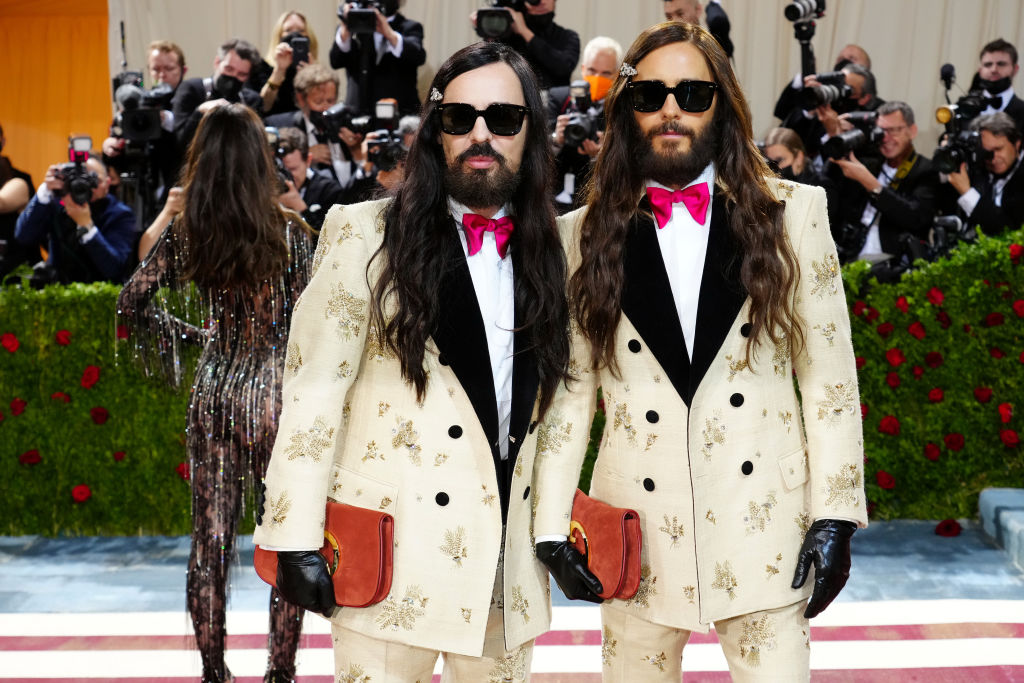 Already sharing a resemblance to each other, Jared Leto and Gucci creative director Alessandro Michele decided to hit the Met Gala as identical twinsies. Or, as they said in unison to every red-carpet interviewer: “double trouble.” That included matching double-breasted suits with all-over floral bouquet embroideries. You can see how this would have made the aforementioned misidentification all the more confusing. 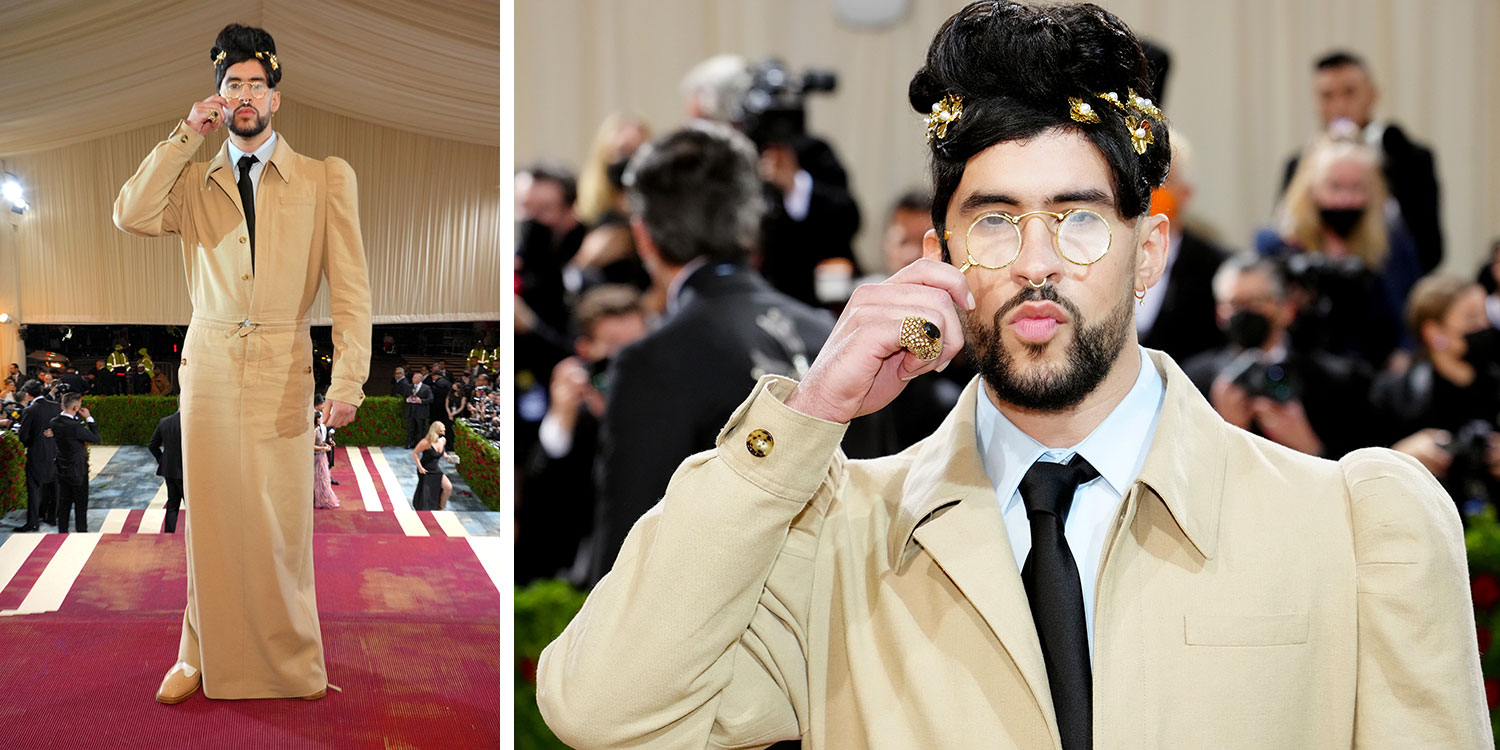 The Puerto Rican rapper Bad Bunny, staunch queer ally, and Queerty Instastud went to the Met Gala in a floor-grazing, gender-fluid Burberry number by Riccardo Tisci (also an Instastud). Actually, let’s be proper about this and quote Burberry verbiage: “a custom wool-linen boilersuit tailored with puff sleeves and a detachable reconstructed skirt” — which, he reportedly said, “I much prefer to pants.” 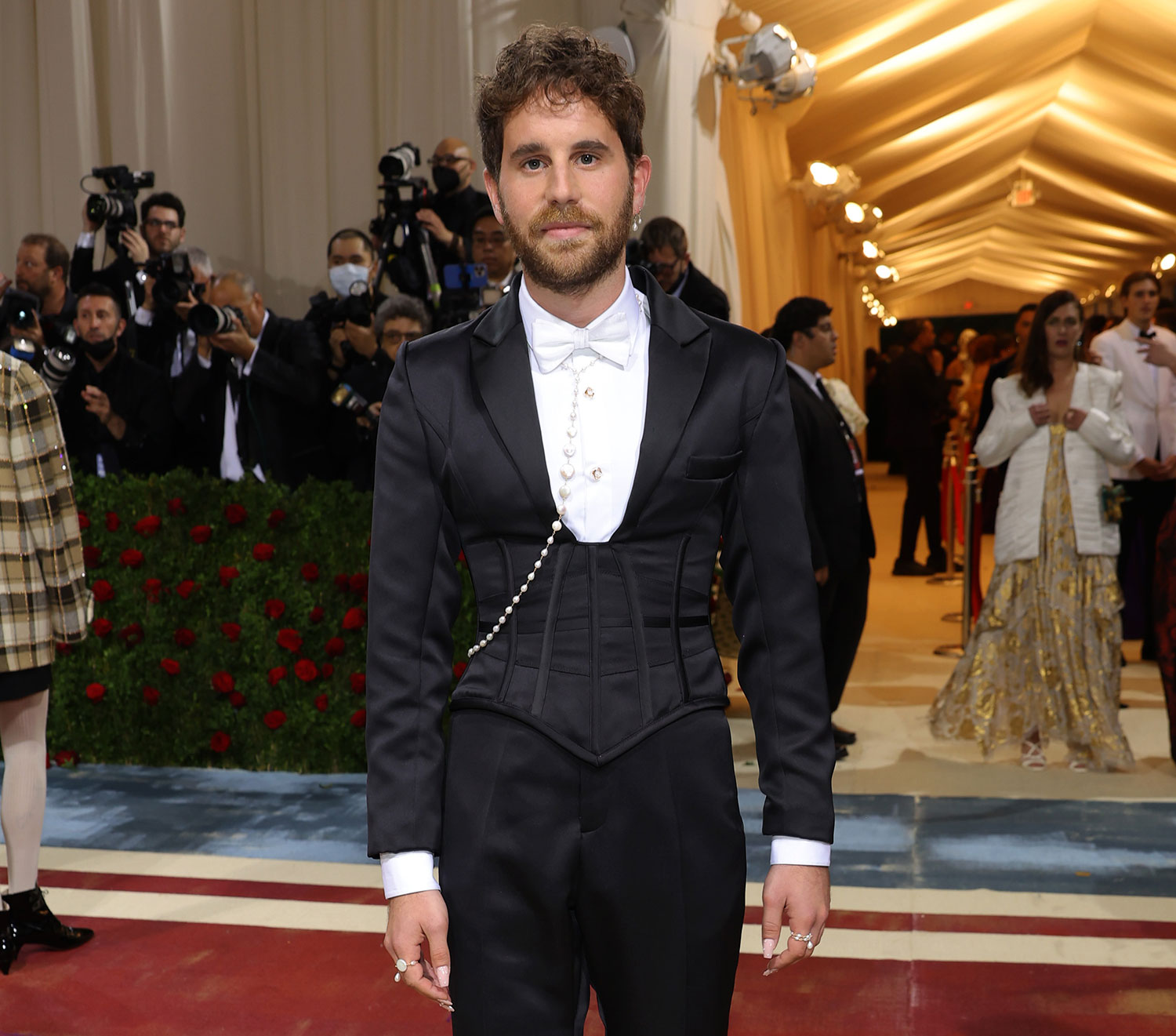 In a scruff-tastic jumble of formal dress codes, Ben Platt broke the rules in his Christian Cowan corset and tux. The designer said during the Gilded Age “queer culture was, of course, subversive, so in this piece, we have taken a gender f(*k approach to the traditional white tie.” Note the steel-boned corsetry and nails. 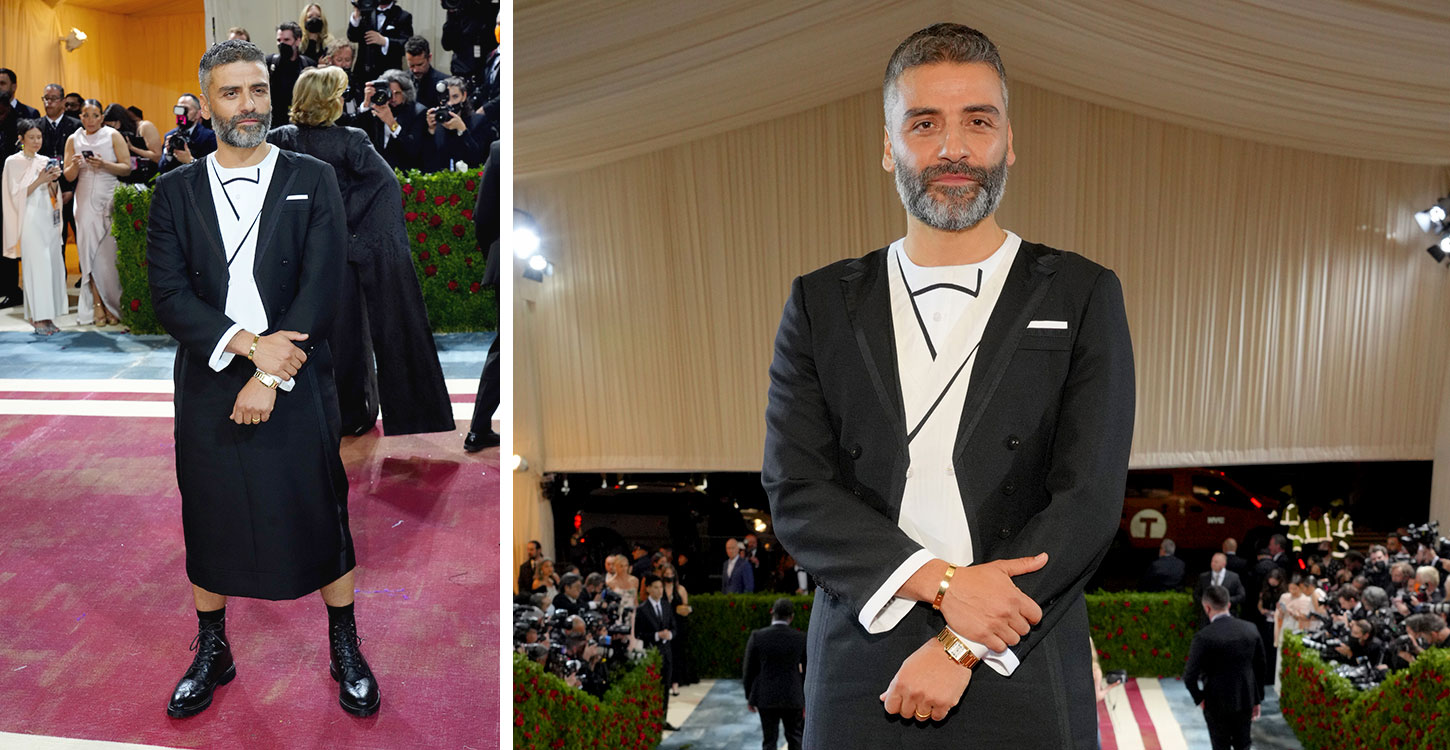 Also jumbling the codes was Star Wars alum and universal thirst-trap Oscar Isaac, who strolled into the Met Gala in a Thom Browne mohair dress with a white tie and jacket tail. Because absolutely nothing is the way it seems anymore, the tie and tail are rendered in trompe l’oeil, an optical illusion. Oh, but how the thirst is real. 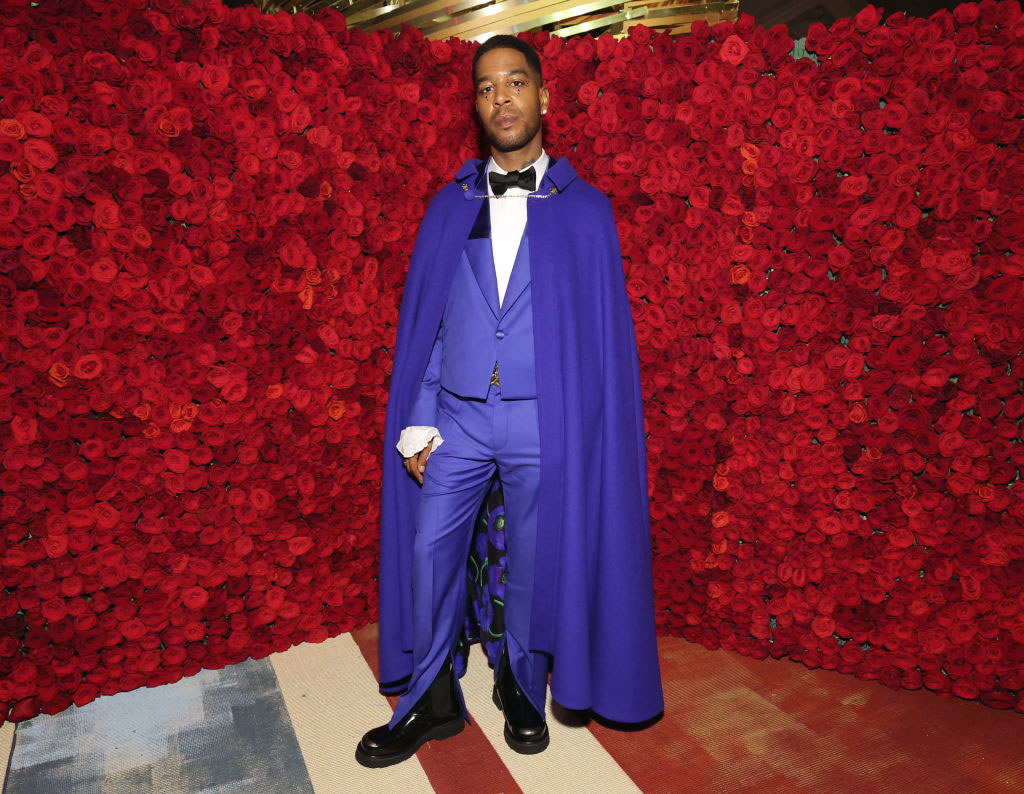 A caped and fancy-sleeved Kid Cudi stepped onto the red carpet in a Kenzo look that designer Nigo refashioned from a 1984 collection. The internet made cruel comparisons to Grover. We’d rather alert you to this non-sequitur: Kid Cudi has a nude scene in the camp-porn horror film X. That is all. 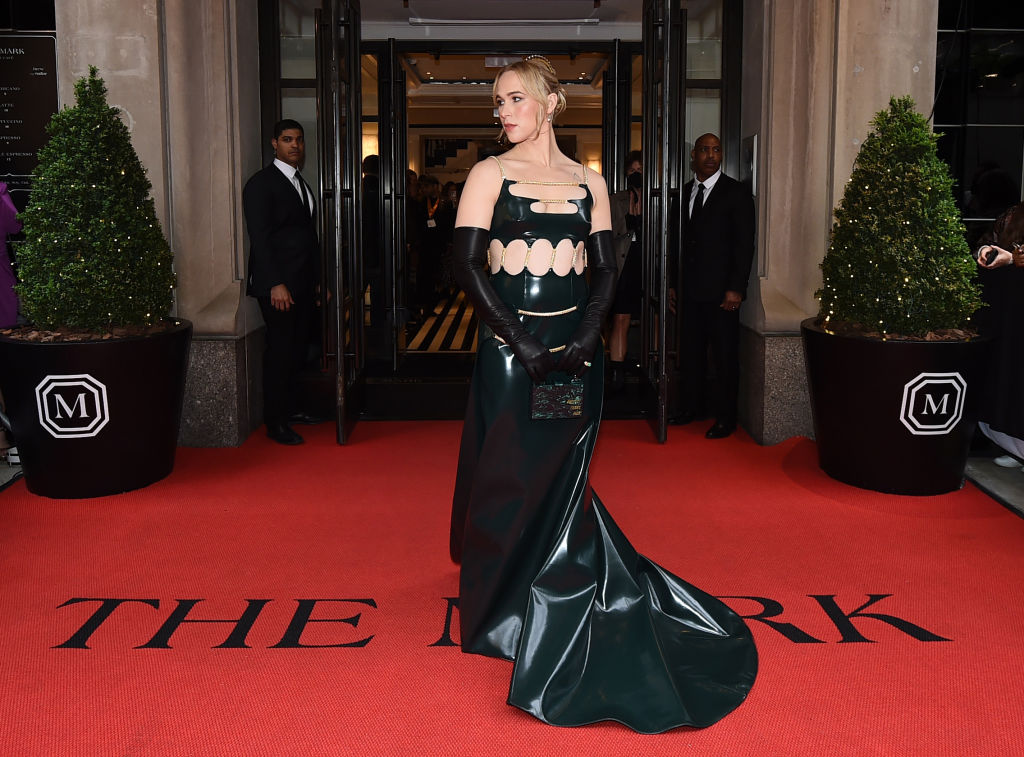 Tommy Dorfman made her Met Gala debut wearing a green rubber dress with gold detailing by Christopher Kane. A star of Netflix’s 13 Reasons Why, who came out as transgender last summer, also carried an Edie Parker clutch with the phrase “Protect Trans Kids.”