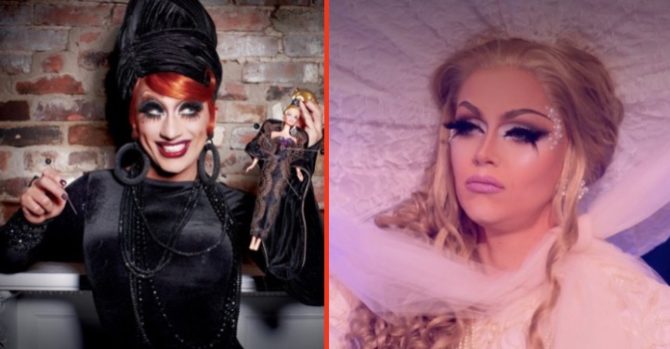 At what point has a drag queen gone too far?

It’s a bit of a Pandora’s box — drag has the power to demolish boundaries and unmask social constructs, and sometimes that’s going to make people uncomfortable. And the idea of censoring drag queens starts to get into some prickly territory.

But even for Bianca Del Rio, whose brand is built on often-hilarious and crass burns, bad taste is bad taste.

Appearing at Montreal Pride, Bianca shared her thoughts about season 10 of Drag Race, in which Blair emotionally revealed her experience of being raped.

“Seriously, I don’t even want to talk about season 10 because every fucking bitch cried every f*cking episode. Did you see that? Every episode!

It’s her fat ass going ‘Ugh I’m fat’ and then the other one… and then you’ve got that other bitch: ‘I was raped!’

No – f*ck you. You notice she wasn’t raped until she was in the bottom two? Think about that, bitch – that’s f*cking strategy.

Oh f*ck you rape is funny if you haven’t had it.

The crowd fell mostly quiet during the remarks which you can watch here.

Montreal Pride distanced itself from Bianca’s set, posting to Facebook:

The Montréal Pride Festival would like to severely disassociate itself from certain remarks made during the Drag Superstars show on Thursday, August 16th, 2018.

The approach of certain sensitive themes, presented in the form of so-called jokes, in no way reflects the policies of our organization and we apologize to anyone who has experienced discomfort due to these events.

We will also take the necessary steps to ensure that such situations do not happen again.

Commenters on the statement have largely sprung to Bianca’s support, echoing some version of “that’s just her style of comedy, everybody knows that” or “she’s just saying what everyone else is thinking.”

But one person has weighed in who failed to see the humor — Blair, the subject of the rape jokes.

In the U.S. someone is sexually assaulted every 2 minutes, but people persist in thinking that making rape or sexual assault jokes is “comedy.” It is not. Rape jokes contribute to rape culture.