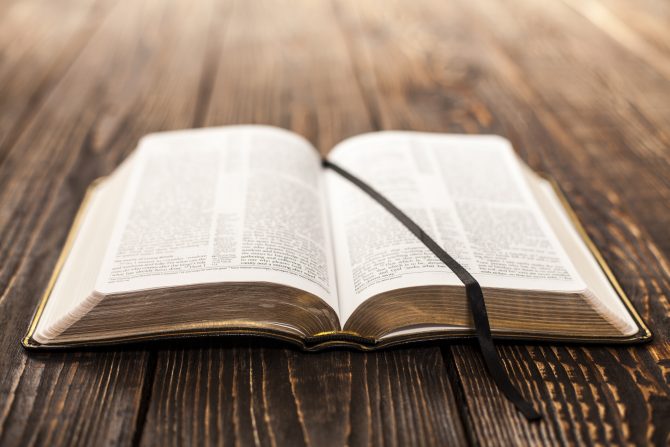 Twitter user @RussInChesire — who describes himself as an “INTJ, feminist, centre-left/green” designer, data analyst, and portrait painter — tweeted the perfect retort for anyone who leans on the Bible to support their homophobia.

Homosexuality is forbidden by the bible. So are poly/cotton socks.

Leviticus 19:19: "You shall not… wear a garment upon you of two kinds of material mixed together."

When they start protesting socks as much as they protest gays, I'll accept it's for religious reasons.

Related: Dear Religious Right: Stop using The Bible as a weapon of homophobia

Christian opponents to homosexuality often cite Leviticus 18:22, which reads, “You shall not lie with a male as with a woman; it is an abomination.”

But David Lose, Senior Pastor at Mount Olivet Lutheran Church in Minneapolis, Minnesota, observed in a 2011 HuffPost article that there’s “considerable debate” about that verse and similar passages — e.g. whether they refer to “consensual homosexual practice” and whether they were born out of, say, the importance of procreation to the nomadic Israelites.