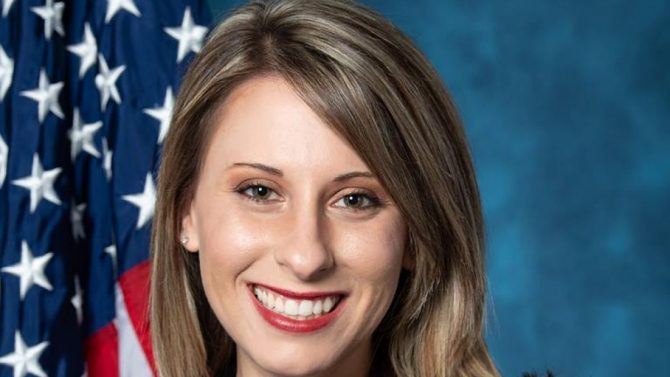 Freshman Rep. Katie Hill, one of the first openly bisexual members of Congress, has announced her resignation following allegations of sexual relationships with members of her staff while in office and on her campaign trail.

“It is with a broken heart that today I announce my resignation from Congress. This is the hardest thing I have ever had to do, but I believe it is the best thing for my constituents, my community and our country,” Hill wrote in a letter.

“This is what needs to happen so that the good people who supported me will no longer be subjected to the pain inflicted by my abusive husband and the brutality of hateful political operatives who seem to happily provide a platform to a monster who is driving a smear campaign built around cyber exploitation.”

Nancy Pelosi, who had named Hill vice chairwoman of the House Oversight and Reform Committee, said she was making the right decision.

“[Hill] has acknowledged errors in judgment that made her continued service as a member untenable,” Pelosi said. “We must ensure a climate of integrity and dignity in the Congress, and in all workplaces.”

Hill called the publication of the photos an “appalling invasion of my privacy.”

“It is also illegal, and we are currently pursuing all of our available legal options,” she added in her letter. “However, I know that as long as I am in Congress, we’ll live fearful of what might come next and how much it will hurt.”

While she did not mention an exact resignation date, Politico reports she could step down as early as November 1.