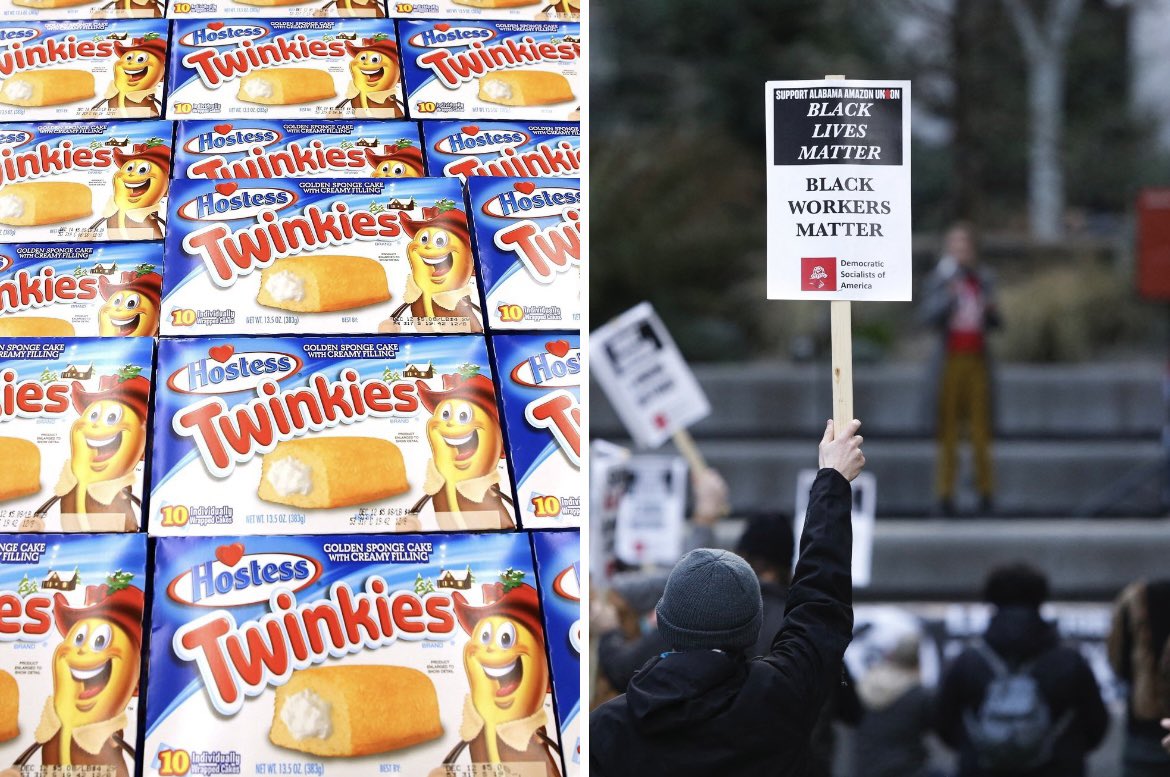 After multiple alleged instances of discrimination and an untimely firing, former Hostess employee Danyell Wallace is ready to let the snack cake company have it.

Wallace, a Black trans woman, was fired during Pride month in a move that she believes was unjust.

That termination was apparently just the tip of the discrimination iceberg that she and her coworkers faced at the Chicago bakery.

“Supervisors insulted me to co-workers,” she tells the Chicago Tribune. “Other times, it took the form of gossip that was indulged by supervisors.”

Wallace chose to use a single-stall women’s restroom out of fear for her safety in the more common restroom areas. Apparently, this move made her the target of “stressful and humiliating” remarks by other employees and supervisors.

She also alleged that the management engaged in segregational practices, relegating the Black workers to a second shift and queer workers to a specific second fryer line in that same shift. She says that this area was singled out for discipline in ways that other areas and shifts were not.

Wallace initially filed an internal with Hostess, but her termination was upheld by the company. That’s when it became time for her to make some noise.

She got in touch with the Black Workers Matter organization, who once again attempted to remedy the situation with the company without legal action back in July. After further inactivity from Hostess, they’re set to take their case to the Equal Employment Opportunity Commission (EEOC).

According to Black Workers Matter organizer Dan Giloth, the group is set to approach the EEOC about at least two other Hostess workers.

Garland Rose, a bisexual former employee at the location, says he was also fired during Pride month and is now homeless as a result.

He was reportedly fired for taking donuts home without proper sign-off. He says that this practice is openly commonplace among employees, but brought specific punishment to him due to his orientation.

“It’s very unfair for anyone, whether you’re straight, gay or bisexual, to have to come to work and feel discriminated against and uncomfortable,” he says. “It’s just not right.”

Related: This Christian thrift store asks all job applicants how they feel about LGBTQ+ people

Harding read a statement from the commissioner voicing his support for her challenge of the company.

“For far too long, Black employees at this plant have suffered racist abuse, firings and retaliation for speaking out and demanding basic fairness and humanity from their bosses,” the statement read. “That must stop.”

“There was a policy and practice of hostility toward workers in my area based on my gender identity and sexual orientation,” Wallace writes in her complaint.

Addressing the press conference crowd, she assures, “I’m not doing this just for myself, but for other workers as well.”