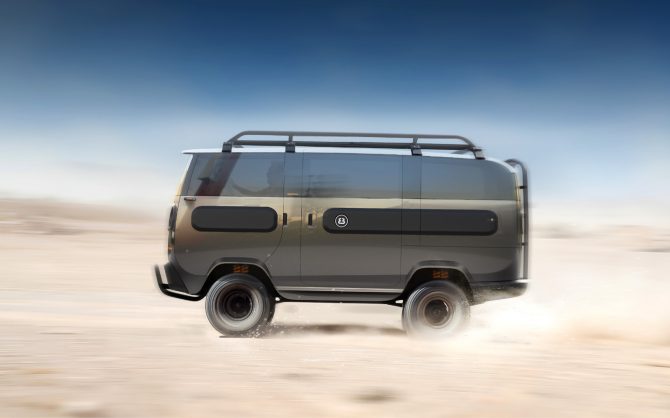 Question: How can you tell if a company doesn’t employ a single LGBTQ person on its senior staff?

Answer: When it releases a new electric camper van called the “eBussy.”

The “eBussy” is a revolutionary all-wheel drive camper van that comes in 10 different body forms and two chassis, “standard” and “off-road.” Starting at around $18,632, it is expected to hit the market sometime next year.

Business Insider is praising the German export for being “multi-use.” Green Car Reports compliments its “flexibility.” And Autocar describes it as “versatile.”

But that’s not what anyone else is talking about.

In case you’re not up on your gay lingo, according to Urban Dictionary, a “bussy” is a “slang term for a gay man’s butthole” or “a butt p*ssy.”

The fact that not a single person at Electric Brands knew this is both telling and hilarious.

all that demon sperm in this eBussy got me like pic.twitter.com/w9ZEsFTEvb

Tity Boi, eBussy and Demon Sperm all trending in one day. What the hell is going on. pic.twitter.com/bSkJu1sBCz

Dudes gonna be dropping money on the wrong eBussy….. https://t.co/FBRdAJ6c6w

*sees eBussy trending*
Me: What have the gays done now?
*clicks hashtag*
Me: pic.twitter.com/eJlloqRVPY

I just wanna go on record and remind everyone that I was the original eBussy https://t.co/bmNKwLzGD2

The source of the demon sperm. No ebussy is safe. pic.twitter.com/67eFJlWd7t

Fellas, is it gay to take a ride on the eBussy pic.twitter.com/YvJS590LBf

Related: His mom asked what a “bussy” was, what happened next was kinda awkward

top of the class
27 comments

just do it
27 comments