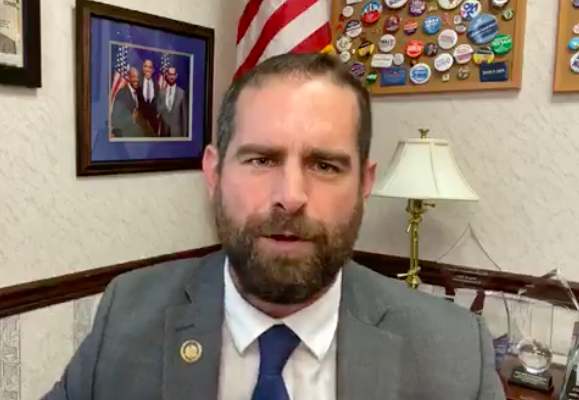 Pennsylvania state Rep. Brian Sims is pissed, and rightfully so.

Last night, the out lawmaker tore into Pennsylvania House Republicans in an 12-minute rant on Facebook Live, accusing them of covering up a lawmaker’s COVID-19 diagnosis as part of their effort to downplay the severity of the coronavirus pandemic.

Sims recorded the video inside his office in the statehouse last night then shared it across his social media channels.

In it, he rails against his GOP colleagues for not informing him or other Democrats that Republican Rep. Andrew Lewis had tested positive for coronavirus.

To make matters worse, many of the people who weren’t informed had been in close contact with Lewis in the days leading up to his diagnosis, meaning they had likely been exposed to the virus and were deliberately not told.

SHOCKED! I never thought I’d see a day like this. I’ve never felt more disgusted with government. This is the link: https://t.co/eMqoNRbvqf

In the video, Sims labeled the Pennsylvania’s state government committee “the place where all of these f*cked up bills to pretend that it is safe to go back to work have been going.”

He continued by saying that “every day, the committee has met so that its members could line up and explain that it was safe to go back to work,” but “meanwhile, we are learning that during that time period, they were testing positive.”

Sims then called out Republican Rep. Russ Diamond, accusing him of “[leading] the charge to open up the state” while secretly quarantining for weeks for his own safety. “Russ diamond walked around the House floor every single day without a mask on,” Sims alleged.

Sims also revealed in the video that he is immunocompromised, making him more vulnerable to coronavirus, as a result of recently donating a kidney to save a person’s life.

“I didn’t donate my kidney to save somebody’s life so that I could die at the hands of Republicans who are being callous liars,” he fumed.

Sims concluded the video by demanding a full investigation by the state Attorney General and the Secretary of Health be conducted, as well as testing for all staffers, and the resignation of Republican House Speaker Mike Turzai and members of GOP leadership who withheld COVID-19-related information.

“You should be in jail!” he seethed.

Related: Brian Sims just put this homophobe on mega blast, says “This isn’t going to go well for you”