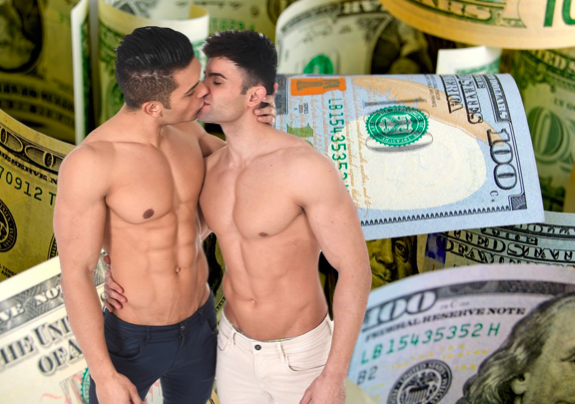 “We assume that these men are gay, or at the very least bisexual, and simply in denial about their sexuality,” certified sex and relationship therapist Joe Kort, Ph.D. says.

But that may not actually be the case.

Related: Guys Reveal What It’s Like To Be ‘Gay For Pay’

Kort is the author of the book Is My Husband Gay, Straight or Bi? A Guide for Women Concerned About Their Men. He says straight-identifying men who have sex with other men for money aren’t necessarily turned on by the guys they’re boning; they’re turned on by the dollar bills.

“They have eroticized money, and the sense of value they derive from being admired and paid for performing sex acts with men,” Kort explains.

For example, he once had a client who described himself as a “cashsexual.”

“Having cash put into his hand or his PayPal account or Google Wallet, as well as the exhibitionism and accolades he received, turned him on.”

It didn’t matter if the cash was coming from a man or a woman.

Hear Kort give his two cents on the matter below…