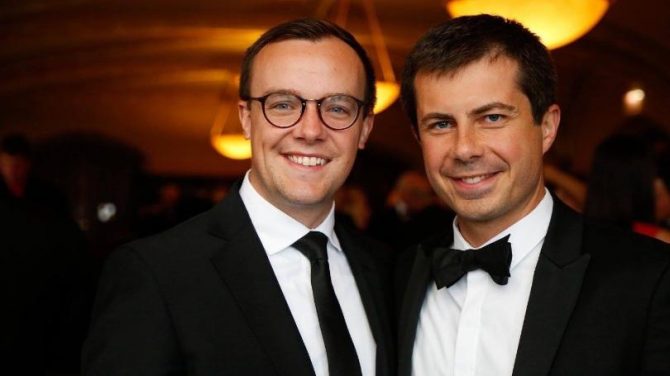 In an ABC News feature set to air Thursday night, Chasten Buttigieg responds to homophobic comments made by Rush Limbaugh about America being uncomfortable with a gay president.

Anchor Linsey Davis brings up Rush’s remarks for the network’s “Running Mates” series and Chasten, the husband of Democratic hopeful Pete Buttigieg, says he’s been dealing with people like Limbaugh all his life.

In a preview clip for the interview, which will be broadcast at 7 pm ET on the streaming news channel ABC News Live, Davis gauges Chasten’s reaction to Limbaugh saying America doesn’t want to see a “gay guy kissing his husband” at a debate.

Tonight, @pete.buttigieg will take the #DemDebate stage for the 9th time. From campaign launch to the first debate to tonight, he’s never wavered from his values. He’s the same man I fell in love with—the person who turned around our city and the person who should be our president. I am so proud of him.

Related: Rush Limbaugh asks how parents can explain Mayor Pete kissing his husband to their children

Putting aside the fact that “Mr. Man” isn’t exactly the first thing that comes to mind when looking at Donald Trump, here’s how Chasten responds:

“Well, look this isn’t new. I’ve been dealing with this my whole life. I’d I dealt with a multitude of Rush Limbaugh’s when I was walking through the hallways of my high school.”