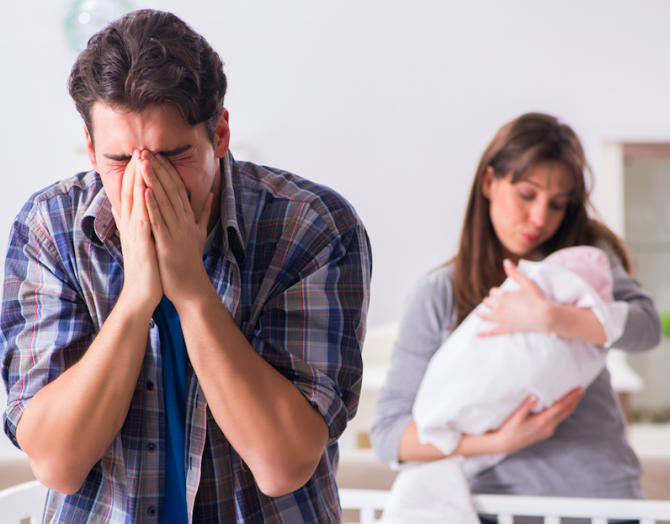 A 42-year-old married father of two says he’s “in a mess” after choosing the straight life despite knowing he was gay, so he’s seeking advice from Washington Blade columnist Michael Radkowsky.

“I’ve been having a relationship with a guy I met online for the last few months and I’m falling in love,” the man writes.

He continues by saying that he “always knew” he was attracted to men, but that he craved a “normal life like everyone else.”

“When and where I was growing up, being gay wasn’t accepted and I didn’t want to face a life of ostracism,” he writes. “Also I wanted to have a family. I dated girls hoping I would stop thinking about guys, but I never stopped fantasizing.”

Related: Woman with a hunch friend’s husband is gay gets perfectly told off by advice columnist

The man goes on to say he’s “happy with Rachel overall” and enjoys being a father, but his true passions lie with Chris, his secret gay lover.

“The sex is amazing, so much better than anything I ever experienced with a woman. Every time I’ve had sex with a woman, I’ve really been fantasizing about guys. For about 25 years I’ve been telling myself I’m bisexual but I don’t think that’s the case anymore.”

The man says that if Rachel ever learns of this, she’ll be furious and probably turn his kids against him.

Now, he’s at a complete loss for what to do.

In his response, the very first thing Radkowsky says is: “I’m struck by how little regard or empathy you have for your wife. Your focus is on avoiding her wrath and keeping her clueless so that you can have things your way, rather than considering the kind of marriage you’re giving her.”

Radkowsky says this is totally unfair.

“I’m not telling you that you shouldn’t have sex with men, but what about her right to honest dialogue about all this?”

Somewhat unhelpfully, Radkowsky says all of this could have been avoided if the guy had just been honest with himself from the beginning.

“True, it was a lot more difficult to be gay in the 1990s than it is today. But while there was far less acceptance then, there were plenty of out and visible gay people. We’re talking the 1990s, not the 1950s,” Radkowsky writes.

“My hunch is that you haven’t wanted to struggle with the harder road in life,” he continues. “You’ve wanted to give yourself an out. Problem is, there are often consequences to taking the (seemingly) easy road, and now you’re facing them.”

Ultimately, Radkowsky says the guy is going to have to decide whether he wants to stay with Rachel or be with Chris, but that he can’t have it both ways.

“Consider that you may in large part be squandering your own life, lying, living in fear and pretending to be someone you’re not,” he advises. “The path out of your ‘mess’ is to figure yourself out.”

What advice would you give this guy? Share your pearls of wisdom in the comments section below…