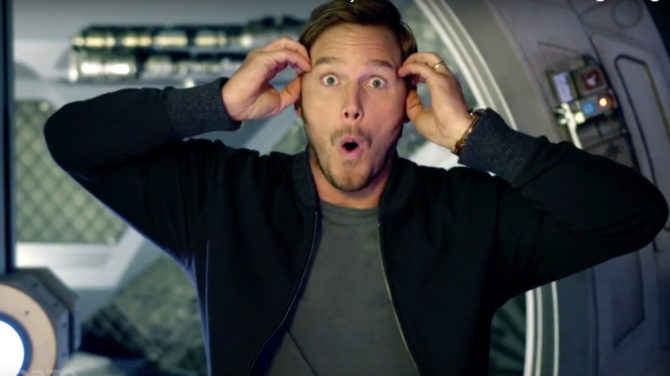 Twitter is having an absolute meltdown right now over rumors that actor Chris Pratt is a Trump supporter. But here’s the thing, nobody actually knows whether the rumors are true.

It’s unclear how the gossip started, but the Avengers star is currently trending on Twitter and many people are very upset with him…

Chris Pratt a trump supporter?? Can’t have shit in 2020 huh

Me after I’ve been saying for years that Chris Pratt is a trump supporter and anti-lgbtq+ pic.twitter.com/UVGadz7emU

remember chris pratt is a trump supporter and a part of anti- lgbtq + church….stan chris evans for clear skin pic.twitter.com/209uvdlQxm

But not everyone’s buying into the rumors just yet…

okay like actual question: are people just assuming chris pratt is a trump supporter bc he’s a christian or is there actual evidence? bc as a christian, if that’s a reason, ya really got stop assuming we all support trump

People of Twitter are really here out here claiming Chris Pratt is a Trump supporter who zero evidence making this claim.

Twitter is dumb as shit and will believe anything. I hate most of you. pic.twitter.com/Jofc7dNCPk

Y’all, none of us know if Chris Pratt is voting for Trump. But we do know Katherine Swarzenegger Pratt, his wife, and both of her notable parents, Arnold Swarzenegger who is generally a Republican and Maria Shriver who I feel maybe leans left are ALL RIDEN WITH BIDEN. That’s all.

Things have gotten so out of control that Newsweek ran a fact check on the whole thing and determined that it’s not known whether Pratt supports Trump.

The actor has never discussed his political views openly on social media, although he did donate to Barrack Obama’s reelection campaign in 2012 as well as Tulsi Gabbard’s campaign in 2019.

Chris Pratt is not a Trump supporter from what I can tell. He went from Obama to Tulsi, which is a whole other thing. pic.twitter.com/04tRzm5JnP

This would seem to imply that, no, Chris Pratt is not a member of the MAGA cult.

Except that last summer he was photographed wearing a “Don’t Treat On Me” t-shirt. According to Dictionary.com: “In the 2000s, the phrase became associated with a variety of libertarian, conservative, gun-rights, or far-right political groups as way to express their beliefs.”

And then there’s his affiliation with the vehemently antigay Hillsong Church, which many consider to be a hate group.

Pratt has stated in the past that he doesn’t support either side of the Democrat/Republican divide. He has not yet commented on the reports that he’s a Trump supporter.

Related: Chris Pratt gets ripped to shreds on Twitter for his defense of homophobic church