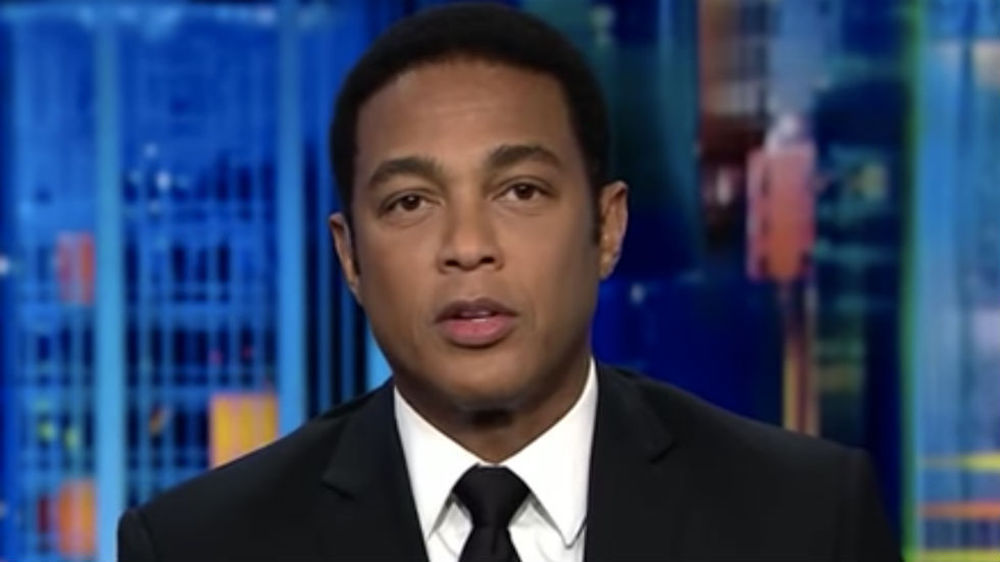 In a broadcast earlier this week, out CNN anchorman Don Lemon called white men the “biggest terror threat in this country.” His comments prompted an outcry among conservatives on Twitter, so let’s take a closer look at the context of his statement and what to make of it.

Lemon made his comments while discussing last week’s shooting at a Kroger supermarket in Kentucky where a white man killed two black people. The shooting is being investigated as a hate crime as police believe the shooter chose his victims based on their skin color.

Lemon offered an editorial comment on Monday night to point out that people tend to focus on external terror threats, such as the caravan approaching the southern U.S. border, rather than terrorists already residing in the U.S.

The caravan Lemon mentioned is a group of 5,000 people approaching the U.S.,  largely made up of people from Honduras, El Salvador and Guatemala fleeing violence in their home countries. President Trump has falsely claimed that there are Middle Eastern terrorists in the caravan even though no proof exists to back up that claim.

CNN's Don Lemon: "We have to stop demonizing people and realize the biggest terror threat in this country is white men, most of them radicalized to the right, and we have to start doing something about them." pic.twitter.com/OFu9fL3eHn

“I keep trying to point out to people and not to demonize any one group or any one ethnicity. But we keep thinking that the biggest terror threat is something else, some people who are marching, you know, towards the border, like it’s imminent. The last time we did this, a couple hundred people came and most of them got tuckered out before they even made it to the border. So we have to stop demonizing people and realize the biggest terror threat in this country is white men, most of them radicalized to the right, and we have to start doing something about them. There is no travel ban on them. There is no ban on — you know, they had the Muslim ban. There is no white guy ban. So what do we do about that?“

It seems as if he’s repeating a talking point from an April 2017 report by the U.S. Government Accountability Office (GAO) entitled, Countering Violent Extremism.

Related: Despicable Donald Trump Says He ‘Appreciates Congrats’ For ‘Being Right’ On Terrorism

Put another way, 72% of all extremist attacks on U.S. soil have been carried out by far-right extremists. But the report also says that only half of those attacks were carried out by white-supremacists.

That is, the report doesn’t list the race of the people who carried out all of the attacks, only their motives. The rest of the right-wing extremists are made up of “anti-government groups, groups with extreme views on abortion, animal rights, the environment, and federal ownership of public lands.”

A 2015 study by the non-partisan think tank New America found that 19 of 26 terror attacks on U.S. soil since 2001 were committed by white Americans. But both the New America and GAO studies differ on how they define “terror attacks,” a definition which changes the tallies.

Lemon’s right that the media focuses too much on external terror threats rather than discussing the complicated issue of home-grown terrorism. But it’s far more helpful to discuss specifics rather than speaking in generalities.