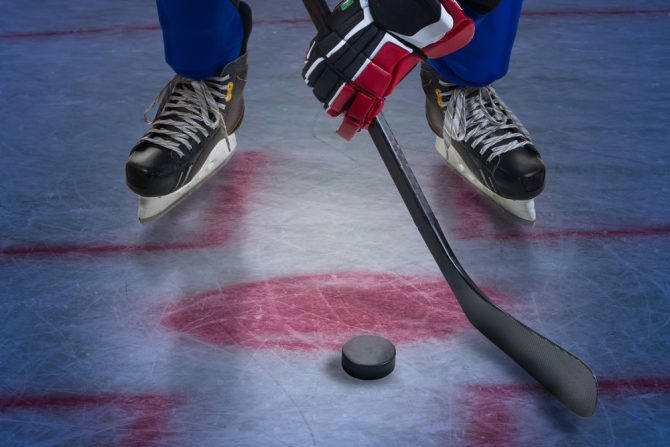 Gavin Parker knows that men’s hockey “has an image that seems to exclude gay people.” But after becoming the manager of the University of Connecticut team and coming out to the players, he’s proof that gay athletes do have a home on the rink.

Related: Hockey star Jon Lee-Olson comes out of the closet on live TV

In an essay for Outsports, Parker writes that he decided to come out in his sophomore year, and he tested the waters in a text message conversation with one of the players. “He told me that the guys already knew and were cool with me being gay,” he recalls. “The amount of tension that I dropped in that moment was staggering. I cried knowing that my fears were completely unfounded. It made me feel appreciated and a part of the team like I hadn’t been before.”

That same semester, though, one player reported being uncomfortable with Parker being in the locker room. Luckily, the situation was resolved a couple of weeks later. “I had some very good conversations that reaffirmed that I was a valued member of the program and one of the guys just like everyone else,” Parker adds. “And over time it has completely faded away and there are no longer any barriers between me and any of the guys.”

Parker credits the late Brendan Burke, who was the student manager of Miami University’s men’s hockey team. “I owe Brendan and his family so much for their trailblazing efforts,” Parker says. “UConn and Brendan’s Miami of Ohio program play each other every two years, including this year when they are coming to Connecticut to play us. It’s nice to see two teams play each other that both have accepting, close ties to the LGBTQ community.”

After the initial bumps of coming out, I am lucky to be a part of such an accepting and amazing group of guys here at UConn and consider them friends. The captains make sure I feel like one of the guys, the players hang out with me at meals and on weekends and I feel comfortable making jokes with the coaches and rest of the staff. I am not alone.

“Being gay and being a member of a hockey team are not mutually exclusive, and I am proof of that,” Parker concludes. “Not only do I love my job but I am a better person for having it and my life is more complete for being around the guys. The biggest lesson I have learned is to be confident in myself and not let fears about my sexuality hold me back. And it’s a lesson I hope someone can learn from me instead of the hard way on their own.”