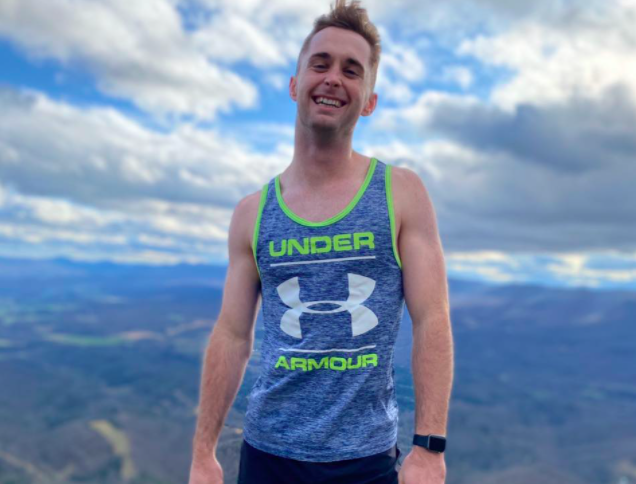 In a powerful new essay published by Outsports, college tennis star Mitchell Thomas writes candidly about coming out to his teammates and the surprisingly response he received.

Growing up in a religious household in southern Louisiana, 22-year-old Thomas says he lived a pretty sheltered life and didn’t know any LGBTQ people before enrolling at Washington and Lee University in Lexington, Virginia four yeas ago.

“Needless to say, when I began to recognize myself as a gay man, I had no gay role models around me,” he writes, “especially not in tennis.”

The end of an era. ? • • • I never could have imagined it ending this way. Even with all the ups-and-downs, I am grateful for the lessons that tennis has taught me. Thank you to my tennis family – parents, coaches, and teammates – for all of your love and support, helping me grow into the person I am today. #gogenerals

Thomas kept his true identity hidden from the other players on his team for years, which made him feel “like a robot.”

“Whether it was in the locker room or on the bus back from an away match, I gave programmed responses to my teammates on ‘who’s the hottest girl at W&L?’ or ‘would you f*** her?'” he recalls.

But after nearly four years, the weight of hiding such an important part of himself became too heavy.

“Having to ignore and hide an important part of my identity from my teammates, people with whom I spent more time over the last four years than I did my own family, was tearing me apart and leaving my tennis to suffer.”

California dreamin’ on such a winter’s day

Then last August, he met his first boyfriend. Slowly, Thomas began coming out to the people in his life. First to his friends, then to his family, and, finally, to his teammates.

“While coming out to my parents definitely took the most courage and strength, there was a unique nervousness that existed when I came out to my team,” he writes.

“Sexuality is never discussed in tennis. Through all my time playing tennis, from countless USTA junior tournaments all over the South to the college matches across the country, I never encountered anyone who identified as gay (that I know of).”

In fact, Thomas continues, he couldn’t think of a single openly gay competitive male tennis player who was gay at any level–junior, college, or professional.

“Because of this lack of representation in tennis and in sport in general at my university, I could only rely on my love and respect for my teammates in determining how they would react to news that I was gay.”

Work until your idols become your rivals

To his surprise, when he finally told them, he was met with only love and support.

“They reassured me that they supported me in all I do,” he recalls. “A weight had been lifted off my chest that I didn’t even know was there for so long.”

“But now I can say with confidence, my team doesn’t treat me any differently. If anything, they are more open and accepting of me now that I am my genuine self.”

Thomas graduated from Washington and Lee University last month with a major in Economics and a minor in Computer Science.

Scroll down for more pics from his Instagram page…

As one chapter ends, another begins…. See you later Virginia ??

Making the most of senior year ?

If you’re on the right path, it will always be uphill

I need a good paddling #hotgirlsummer