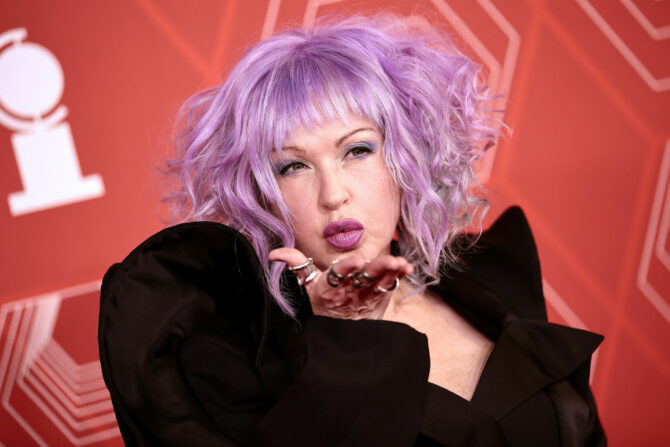 Cyndi Lauper has been trending on Twitter all day, but don’t worry, she’s not dead. For whatever reason, people are just expressing their love and admiration for the quirky ’80s pop star/longtime LGBTQ ally who has sold over 50 million records worldwide during her impressive 40+ year career.

Cyndi Lauper was prettier, a way better singer and had more personality than Madonna. She should have been bigger.

Cyndi Lauper is trending and I was terrified to click on why. We need a disclaimer, people!!! Let’s use this opportunity to give her ALL the flowers. @cyndilauper we ❤ u, Queen! Always.

She’s just trending because she wrote music that stuck around.

Cyndi Lauper is trending . Whenever I hear her name I think of two things
1. True Colors Dark Souls trailer
2. Her bandmate used to live in my building . She was a sweetheart and a cancer fighter as well.

Hey isn’t Cyndi Lauper in the Rock and Roll Hall of Fame? She should be.

In addition to selling tons and tons (and tons) of records, Lauper is one Oscar away from being an EGOT, already having several Grammys, an Emmy, and a Tony on her shelf. She’s also won dozens of other awards, ranging from Billboard Music Awards to PFLAG Awards.

Lauper has so many awesome songs and music videos that we could highlight. We thought we’d share 2008’s Into the Nightlife, an explosive dance floor anthem off her criminally underappreciated album Bring Ya To The Brink. If you haven’t heard this album, it’s definitely worth a stream.