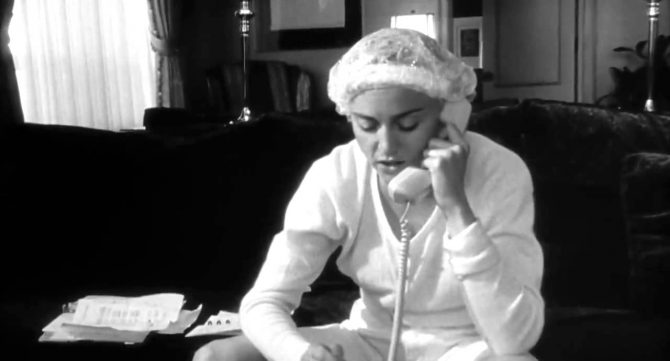 The Truthful and Daring: Truth or Dare

Once upon a time, long before it seemed like every pop starlet did a documentary film about their careers and lifestyle, one woman took Hollywood’s dare to tell all: Madonna. Truth or Dare chronicled the life of Madonna at her absolute peak; the 1991 film followed her during her Blond Ambition tour, racing around the world and playing Truth or Dare with her dance troupe. The film would become the highest-grossing documentary of all time (up to that point), and help propel Madonna into the highest levels of celebrity.

The movie also earned Madonna a Razzie Nomination (the Anti-Oscars) for Worst Actress. That’s both a compliment and a dig: then-boyfriend Warren Beatty says it best in the film, “She doesn’t want to live off-camera, much less talk. What point is there of existing off-camera?” Somehow that statement encapsulates the icon’s entire career as a singer, dancer, actress, author of a pornographic coffee table book, and, let’s face it, exhibitionist.

Yet for all her self-promotion and media savvy, we came away from Truth or Dare with renewed respect for Madonna. Not only does she put herself through grueling rigor of live performance (in which she sings live, unlike contemporary “singers” such as Britney Spears), she plays den mother to her dancers, and welcomes LGBTQ people into the fold. The power of doing so in 1991 cannot be understated: with the AIDS epidemic still ravaging the populace, queer people were totally outcast by mainstream society. For a woman as popular and famous as Madonna to flaunt her gay dancers–not to mention her own bisexuality–it sent a powerful message to millions of people all over the world. In sum, the film represents a pivotal moment in LGBTQ acceptance and reinforces Madonna’s status as a queer icon. It’s also damn entertaining, full of hilarious candid moments, performances by Madonna at her best and with a fantastic soundtrack to boot.