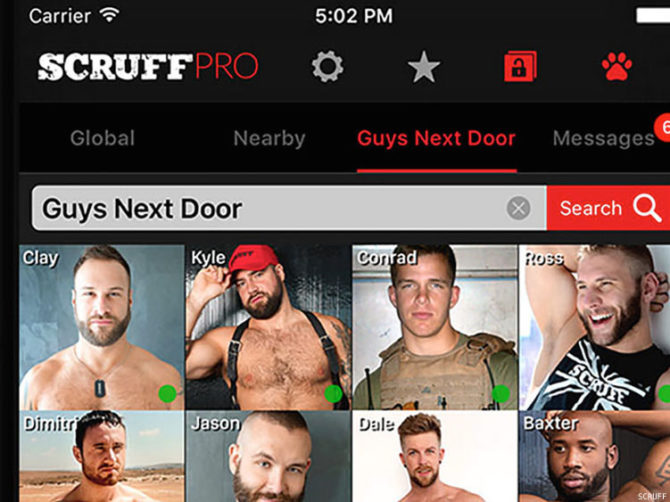 After years of requiring users to list the color of their skin on their profile to allow for race-based filtering, Scruff is finally making its “ethnicity” field optional.

So why the sudden change?

Well, according to Scruff co-founder and CEO Eric Silverberg, the app, which has over 12 million users in 180 countries, wants to do its part to end global racism.

“We recognize that the queer community of color faces discrimination and racism as part of their regular lives,” Silverberg says. “It is why Scruff is the only platform that vigorously enforces its community guidelines to ensure that harassment, racism and abuse doesn’t happen, and if it does it is dealt with swiftly.”

OK, we have to refute Silverberg’s claims that Scruff is the “only” app to “vigorously” combat racism and abuse. Apps like Jack’d, Noir, and Chappy have been doing this for quite a while now. In fact, Scruff is actually kinda late to the party.

Silverberg adds that “what people are comfortable sharing changes, both as you use the app more and as social and cultural expectations evolve.”

This is quite a turnaround from what he told Buzzfeed in 2016, when he defended the app’s ethnicity filters, saying:

But, hey, people can change, right?

The decision comes on the heels of Grindr’s announcement that it will soon be launching “Kindr”, an initiative to combat racism, transphobia, and body-shaming.

“Our upcoming ‘Kindr’ initiative, which is built around education, awareness and specific policy changes in the Grindr app, will serve as the first step of many Grindr will be taking to help foster a more inclusive and respectful community on our platform,”  the hookup app said in a statement last month.

Asked about Kindr, Silverberg told the Advocate: “Scruff has always had zero tolerance for abuse on its app, and diligently removes these kinds of accounts to create a safe platform for its users.”

Ultimately, it’s good to see the more popular hookup apps finally acknowledging that racism exists within the LGBTQ community and recognizing how they might be culpable for some of it.

The question now is: After years of promoting sexual racism, is merely getting rid of race-based filtering enough?

Related: Jack’d to Grindr: Admit it! You promote racism and it needs to stop!