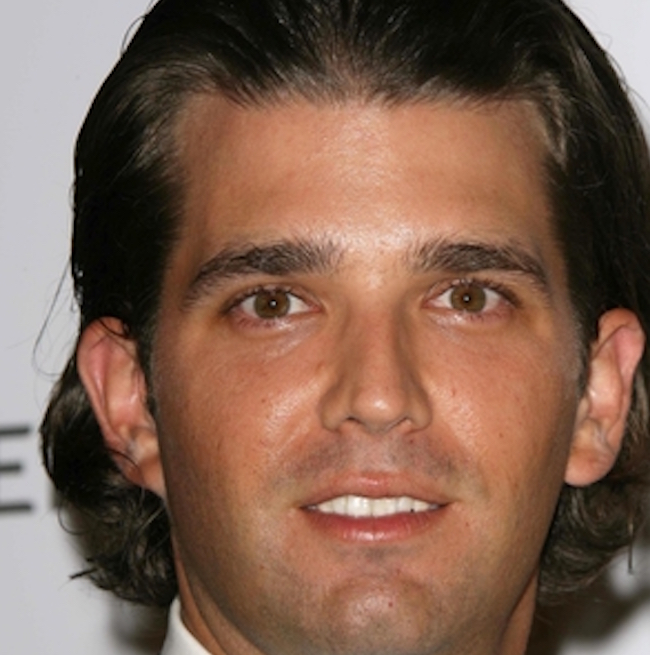 Donald Trump Jr. is openly sniggering at LGBTQ college students in Pittsburgh who are upset Chick-fil-A is coming to campus.

As you probably know, the fast-food chicken purveyors have a long history of donating millions to virulently antigay organizations. The Cathy family, who lead the corporation, are not above taking jabs at the notion of same-sex marriage, which they’re quite against.

Related: Chick Fil-A Wants You To Forget About Their Homophobic Past

Donald Trump Jr. is of the opinion the students’ bellyaching is the silly noise of a bunch of crybabies:

Luckily these students wont likely have to tackle issues more stressful than a yummy chicken sandwich in their lives… Oh Wait #triggered https://t.co/NRLtsHBSLn

“Luckily these students wont likely have to tackle issues more stressful than a yummy chicken sandwich in their lives,” he joked Thursday morning. “Oh Wait #triggered”

Then he links to the article “University’s LGBT Students ‘Fear’ Arrival Of Chick-fil-A,” published on right-wing site The Daily Caller and written by David Krayden.

“It’s not about the chicken sandwiches,” he writes, “but the fact that the corporation had the temerity to support traditional marriage during the same-sex marriage debate.”

That is, of course, not true. The organization has a long history of donating millions of dollars to hate groups like Focus on the Family and the National Organization for Marriage, both of whom have made fighting marriage equality and diversity their mission statement.

After being widely banned and sharply criticized after their donation history became public knowledge in 2012, Chick-fil-A issued a statement that they would no longer donate to those particular organizations.

But as David Badash of TNCRM writes, Chick-fil-A already

“donated at least $5 million to organizations (including a certified hate group) that… depict gay people as pedophiles, want to make ’gay behavior’ illegal, and even say gay people should be ’exported’ out of America.”

@DonaldJTrumpJr You're actually a bigger fucking idiot than your old man.

@DonaldJTrumpJr Spoken like a person with tons of privilege and ZERO understanding of what LGBTQ students struggle with in an unwelcoming world. Shame.

@DonaldJTrumpJr Super cool of you to take some time off from grifting to tweet about them. Thanks for your leadership.