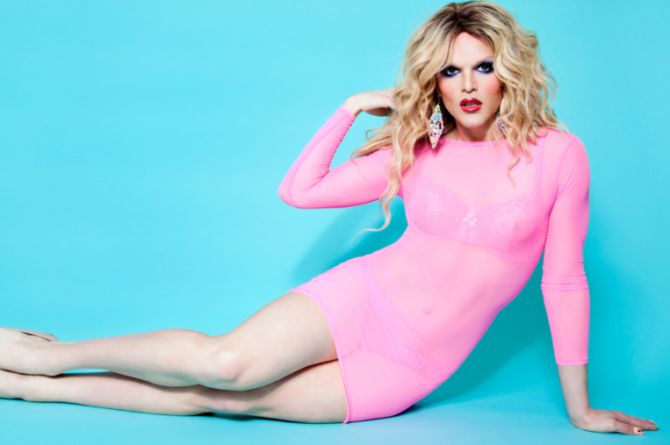 Drag Race fans, get ready to clutch those pearls.

Noted drag queen Willam Belli has spilled a shocking account of his ongoing friction with former boss and fellow drag icon, RuPaul. It happened on the podcast David’s Out For A Good Time when Willam sat down with co-hosts David and Nadeli to talk about his career, and the talk inevitably turned to his work on Drag Race.

“The thing about the show is it’s mostly drag queens now,” Willam says, insinuating a drop in quality on the show. “RuPaul doesn’t even look at people. She doesn’t critique anyone anymore. It’s all the judges. She says ‘Do you think this?’ She asks the question, gets the judges to answer – there’s no blood on her hands anymore.”

Belli then went on to reveal a recent altercation with RuPaul on the streets of Los Angeles. “I’ve had some really bad interactions with RuPaul which have tainted it for me…We don’t interact much, although I did yell at her in the street last week.” From there, things get nasty:

“We have a mutual friend. Well, he’s my friend. I don’t know that he’s her friend anymore. He is not well right now. He’s been asking to see her and she hasn’t gone to see him. She took care of him for years. He’s one of those people that, um, has flown very high and he’s had his problems. He hasn’t been a saint. They had a bad experience on set together and he was removed from the show.”

“I basically said to her ‘go visit Matthew.’ She backed up her car, and she said ‘How f*cking dare you.’ Then I said: ‘You know what? I saw him yesterday, bought him a milkshake.’ She said: ‘You are some f*cking trip.’ I said: ‘I know he wasn’t an angel’…I can say it, I don’t give a f*ck. ‘I know that you’re paying for him now,’ because she’s paying for the care, World of Wonder’s taking care of him. ‘But he’d actually like see you, show some face.’ She said ‘F*ck you.’ I said “F*ck you too b*tch.’ And I had flowers in my hand…so I got to flip her off with flowers. Because, you know what, no one else calls her on her bullsh*t.”

Belli then went on to deride RuPaul and World of Wonder for hoarding money and not paying Drag Race contestants. He noted that for many of the contestants, Drag Race will be the biggest moment of their career and criticized RuPaul for not showing contestants proper respect. “They’re not evil, I’m not saying that, but they’ve done some sh*t f*ckin’ things. And no one calls them on it.” Belli added the caveat that Drag Race has done wonderful things for the LGBTQ community, and “more good than bad.”

RuPaul has yet to respond to Belli’s remarks.