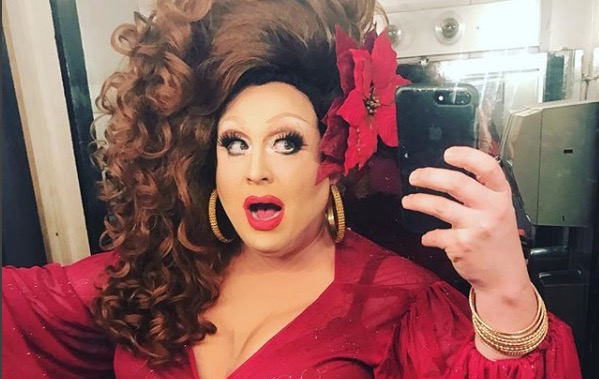 Chapman, who competed in the third season of RuPaul’s Drag Race, told Philidelphia that he “deeply regret[s]” his “ongoing late-night sexual conversations that involved in-depth and often exaggerated cyber roleplay that although was welcomed by some has made others uncomfortable and used.”

Two local up-and-coming drag queens, Kyle Ayotte, 25, and Ethan Hunter Raysor, 24, gave separate accounts of incessant unwanted sexual chatting. They said they came forward because they know others have been affected as well, and that there are people in the community for whom the threat of being “blacklisted” by the city’s most famous drag queen has prevented them from speaking up.

“I think the LGBTQ community needs to have more conversations about sexual harassment in the drag performance scene and within our social hangout spots overall,” Raysor said. “We’re not exempt from the pain these incidents cause and the stigma that comes from calling out the powerful people responsible for it. What I experienced was an abuse of power through manipulation. Gay or straight, no one should have to go through that.”

Chapman has risen to the top of the Philly drag scene since appearing on Drag Race. By producing shows like “Drag Wars”, he’s also become a gatekeeper of young, rising talent.

In both Ayotte and Raysor’s cases, Chapman seems to have abused his status in the community to push for more sexual talk even after it became clear it was wholly unwanted.

“I was so shocked that he opened up to me so quickly, and I couldn’t comprehend what was happening or how to handle it,” Ayotte remembered feeling after being contacted by Chapman via Facebook. “The most famous drag queen in the city was into me, and I felt obligated to go with the flow.”

Then the conversations became sexual, and even after Ayotte told Chapman he was uncomfortable, Chapman kept it going.

“It was manipulation through guilt-tripping,” Ayotte said. “Braden was preying on my inexperience in the drag scene to satisfy his sexual fetish to the point that I felt personally obligated to go through with it because I had dreams of becoming a professional drag performer.”

When Ayotte began competing in a cycle of “Drag Wars,” the sex talk started up again, and Ayotte felt the two became intertwined.

“When Braden became very direct about my involvement in Drag Wars for cycle 8, I knew I was basically in a trap,” Ayotte said. “It began to feel like a lose/lose situation. I was either going to get more visibility in the drag scene due to my involvement in the competition at the expense of keeping this unique secret Chapman claims I only knew about, or lose it all if I told others about it and stopped messaging him.”

“During the competition, Braden would back off again. Then once I was eliminated in July, it started again. I made it pretty clear that I was uncomfortable with participating, [and] I would ignore the messages. Then I’d get a repeated ‘Hey,’ ‘Hi,’ ‘you’re up late,’ or ‘are you mad at me?’ and I’d continue to ignore it.”

“People I’ve talked to in the Gayborhood told me that speaking out against Braden will hurt my chances of being booked because of his power and notoriety,” Ayotte said. “But I don’t care about doing drag that much to continue tolerating this kind of harassment that’s happening to me and other performers. If I didn’t get booked at this point for telling the truth, I wouldn’t care.”

Head to Philly Mag to read the full investigative report, including the account of Ethan Hunter Raysor, the other man to come forward.

Chapman is set to star in a 20th-anniversary production of Hedwig and the Angry Inch at the Re Theater beginning in June.

It has come to my attention that my sexual conversations via online messaging were uncomfortable for multiple people that I was engaging with. [With t]wo of those people, I have had ongoing late-night sexual conversations that involved in-depth and often exaggerated cyber roleplay that although was welcomed by some has made others uncomfortable and used. For that I am incredibly sorry. I thought that our conversation, which included sexual and nonsexual discussions, was consensual. I realize now that my intent to engage in a playful and welcomed conversation that I initiated did not have the impact on the them that I thought it did.

I deeply regret that due to my nature as a public person, they felt pressured or obligated to partake in these conversations, one of which lasted over two years back and forth. I wish I had known more clearly that they did not want to participate in the conversations. If I would have known that, I would have stopped. I respect both Kyle and Ethan greatly and would never want to make them feel violated. I apologized to Ethan in October privately when this was first brought to my attention, and I now extend my apologies to others that I have hurt as well. I am not perfect. I have made great mistakes that I am truly sorry for and humbled by.

I am incredibly sorry for this and can only work to be a better person and leader in Philadelphia. If anyone has issues I hope that they will speak to me privately so I can apologize to them directly.