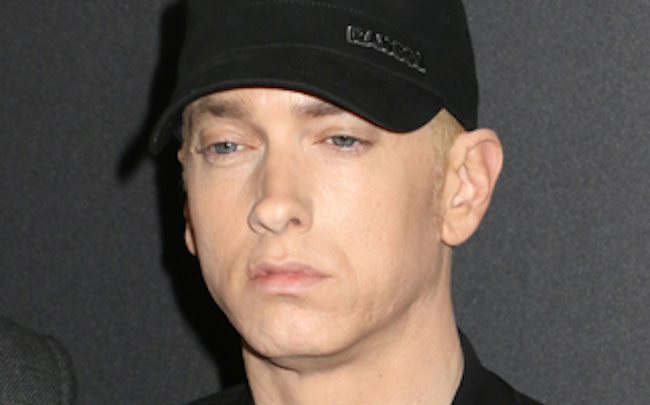 On Tuesday, we reported Eminem suggested in a Vulture interview that he found dates on Tinder and Grindr.

He’s now clarifying those remarks via a spokesperson.

Asked if he finds dates via social apps, Eminem said:

“Well, yeah. Yeah Tinder. And Grindr. I also used to go to strip clubs. What can I say? Going to strip clubs is how I was meeting some chicks. It was an interesting time for me.”

“I’m confirming that he was joking about using both Tinder and Grindr,” a rep tells The Muse.

So there you have it. Elsewhere in the interview, Eminem addresses accusations that he’s homophobic, saying:

The first time I got a taste of being called anti-gay was on “My Name Is” when I said, “My English teacher wanted to have sex in junior high / The only problem was my English teacher was a guy.” All I was saying was I don’t swing that way. So when I started getting flack for it, I thought, Alright, you people think I’m homophobic? Watch this. Hence the Ken Kaniff character and all that stuff. I was trying to push the buttons of people who were calling me something that I wasn’t. The honest-to-God truth is that none of that matters to me: I have no issue with someone’s sexuality, religion, race, none of that. Anyone who’s followed my music knows I’m against bullies — that’s why I hate that f**king bully Trump — and I hate the idea that a kid who’s gay might get shit for it….

I’m sure people have misunderstood what I was doing. Again, I’m not a perfect human being and I’m sure that I’ve said things that went a little too hard, but I think my actual life shows — I mean, meeting Elton John and being as good friends with him as I am, that’s not me saying, “Hey, I’ve got a gay friend.” It’s me saying Elton John has my back. He’ll stick up for me.