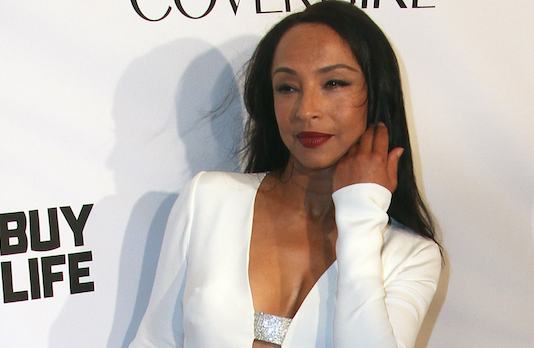 A resurfaced clip of Sade’s appearance on The Wanda Sykes show is reminding fans of their love for the singer, and offering many a first chance to hear the famously private artist’s speaking voice.

Plus, it’s proof of Sade’s comedy chops, as if there aren’t enough reasons to admire her.

The Nigerian-born British singer has long evaded the limelight, despite being one of the most successful recording artists alive with over 50 million records sold.

When Sade’s 2010 album Soldier of Love was released — the band’s first album in 10 years — Sade joked about her own elusiveness with Wanda Sykes.

We don’t know why this video resurfaced, but we’re glad it did:

this sketch was so funny she’s really mother pic.twitter.com/H5C5FcIMRt

The Sade love came flooding in, and many remarked it was their first time actually hearing her speak:

Would you believe this is my first time hearing Sade's speaking voice? lol https://t.co/9CO0Yr4pSW

I just realized I’ve never heard her speak outside of singing omg, her voice is alluring

Me if they use her voice for Siri: pic.twitter.com/kX1qOiWqlE

Sade is just ethereal.. she is one of those artists that’s multi generational.. A lot of my peers listen to her and it shocked me bc I’m usually the only one in the room that actually knows older artists music. Sade is a Queen 👸🏽

She could record albums just talking or reading random words instead of singing; no one would be upset.

She is so beautiful. Her voice just melted my heart lol

Sade remains undefeated in my book.

Sade is always a viiiiibe ????

I love me some Sade’ she is so timeless and regal #HighPriestess #Divine ?????? https://t.co/Dfr4BgDXAX

I love Sade and how she’s been MIA majority of her career. Debut album then years later a story of love and birth then years later refinding love. Casually dropped a selfie with Drake and did a tattoo backstage then back to a mystery. Love the elusiveness https://t.co/Lw4e8nsjAw

I would by an ASMR album if it came from Sade https://t.co/cbbd0UTI2x

Since 2010, Sade has only released two songs — “Flower of the Universe” for the soundtrack of Disney’s A Wrinkle in Time, and “The Big Unknown” as part of the soundtrack for Steve McQueen’s film Widows. Both songs were released in 2018.

And just because we’re already here: