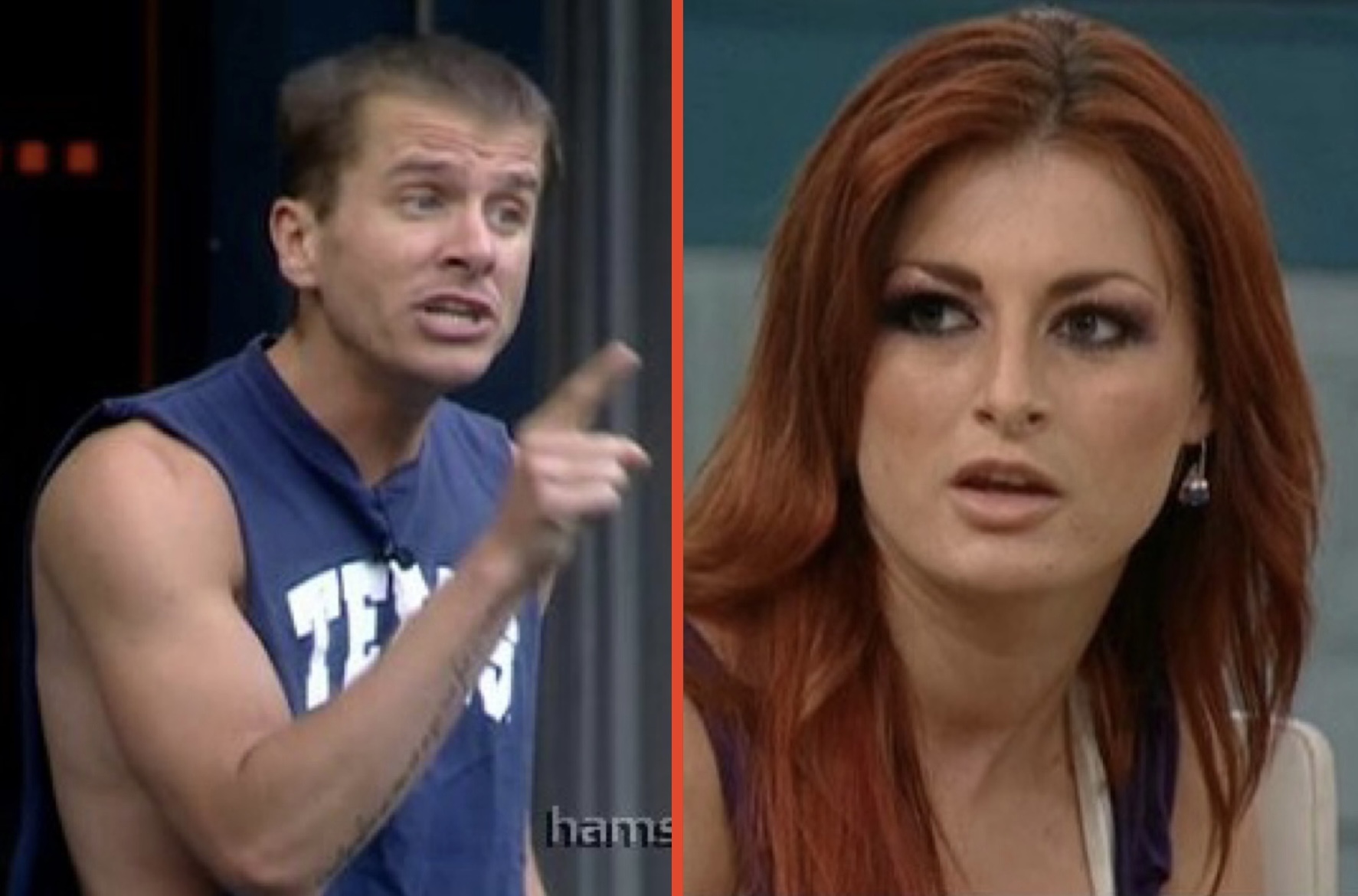 “Do you have to be the biggest b*tch because you’re gay?”

Perpetual contestant Rachel Reilly has had plenty of fights since coming onto the reality TV competition scene. She’s made her way through everything from The Amazing Race to “Celebrity” Fear Factor (even winning a couple times). However, it was her first competitive showing on Big Brother‘s twelfth season when she uttered that question and brought on the dragging of a lifetime.

Just when the houseguests thought they were rid of Reilly and finally at peace, her paramour Brendon Villegas won Head of Household and used a Pandora’s Box to get her back into the house for 24 hours. Fellow houseguest Ragan Fox had had tensions with her already, and let her know to her face that he was “not shocked, but disgusted” to see her back.

After she let her homophobia slip and he told her about herself a little more, he tried to walk away and let the situation be. She headed out to instigate more, and in a clip that’s making the rounds again here twelve years later, he let her have it.

It’s a hall of fame series of drags:

When I say I want to see fights on big brother, THIS is what I mean he got her together QUICK pic.twitter.com/z0iNQjqz1c

Related: Todrick Hall is being blasted for his problematic behavior on ‘Celebrity Big Brother’

The hits really don’t stop: “You’re about as classy as your nasty hair extensions”, “The only thing honest about you is the pimples on your chin”, “Go some place where somebody in this house actually likes you”, one after another after another.

This moment making a splash over a decade later is proof that folks will never get enough:

We as a society can’t handle reality tv like this anymore but we need it so bad https://t.co/6QLy45dwD5

Bring back people who can dish it and take it.

“The only thing honest about you are the pimples on your chin” oh he sent her to the grave with that one pic.twitter.com/ad0w58Tqhv

no cause why did SHE go to him only to stutter and shudder not a single witty comeback came out her mouth https://t.co/vSWn0K5lhi

Related: ‘Big Brother’ alum Zach Rance comes out as bisexual, says he hooked up with costar

She later got her redemption in some fans’ eyes and went on to win the following season of Big Brother, but it’s impossible to forget this moment. Even her “I love gay people and you suck at it” is such an embarrassing comeback attempt that it somehow loops back around to iconic.

You can catch the full bout here, where continues to tear her up before AND after: