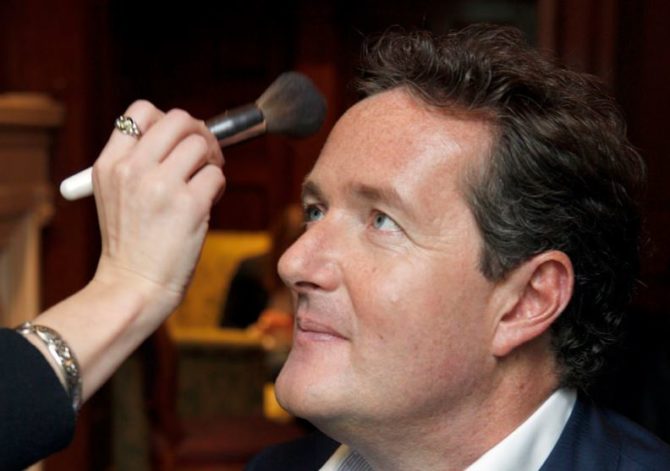 Author and journalist Benjamin Myers has claimed that as a News of the World intern, Piers Morgan tried to use him to help frame a gay youth group for pedophilia.

Myers made the claims on Twitter, where he said that as a teen he was paid to spy on the group for gay teens, as Morgan was convinced there must be something more sinister going on than just offering support to vulnerable LGBTQ youth.

Related: CNN gives Piers Morgan the boot, a look back at the host’s most memorable LGBT moments

He said Morgan assumed they must be involved in a child sex ring, despite having no evidence.

“And so that night I found myself in a youth club playing the role of a sexually confused 16-year-old who had just moved into the area and was seeking some friendship and, hopefully, according to my new reporter friend, the advances of some predatory nonce,” Myers wrote on Vice. “Ideally they would want to pass me and – fingers crossed – some of the younger members of the youth club into the grubby mitts of a child abuse ring.”

When Myers returned, assuring that the lesbian couple who ran the group were good people, Morgan was apparently unconvinced.

“Like a young eager news hound out to make his name I went back again. When the night was over and the reporter and photographer had enjoyed another curry, we met in the nearby pub…Was there even a hint of underage gay sex, they asked again. Can we frame the lesbians? No, I said. And by this time I had decided that even if there was anything dodgy I was not about to tell these cretins so that they could splash it all over the pages of a newspaper that would be read by three million people come Sunday. That would help nobody but them and Murdoch’s accountants.”

It was at that point that Myers decided he wanted nothing to do with the paper.

While the tweets appear to have been deleted, Pink News grabbed screenshots before they were taken down, which you can see below.

Morgan is upset at Ewan McGregor for skipping out on an interview with him, hence Myers’ last tweet about him being “one of the good guys.”

McGregor backed out of an appearance on “Good Morning Britain” when he realized Morgan was the presenter, objecting to his calling those at the recent Women’s March on Washington “rabid feminists.”

Related: Is a bread roll the source of Piers Morgan’s feud with Madonna?

Years after Myers realized Morgan’s willingness to sink low to get a story, Morgan would be forced to admit to having knowledge that he ran stories based on phone hacking while working as the paper’s editor, a scandal which ultimately shuttered the 164-year-old publication for good.