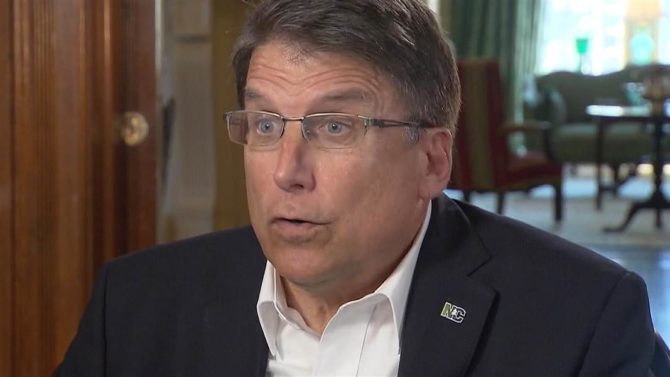 In an interview with the evangelical Christian podcast WORLD, Pat McCrory says he’s having a tough time finding a job after being defeated in last year’s gubernatorial election.

The former one-term Republican governor says that failed anti-LGBTQ “bathroom bill” he signed into law last year “has impacted me to this day, even after I left office. People are reluctant to hire me, because, ‘oh my gosh, he’s a bigot’–which is the last thing I am.”

In a followup interview with The News & Observer, McCrory says it’s not really fair to punish people for their political beliefs.

“That’s not the way our American system should operate–having people purged due to political thought,” he says.

McCrory went on to say he’s been able to cobble together an income by doing consulting work. He tried getting a part-time teaching gig at a university but the school was reluctant to hire him out of concern over “student protests.”

But the North Carolina Democratic Party isn’t falling for McCrory’s sob story. It released a statement in response to McCrory’s whining, saying:

“North Carolina has already lost hundreds of millions of dollars in economic activity and thousands of jobs as a direct result of House Bill 2, but I guess we can start adding Gov. McCrory’s career to the total as well.”