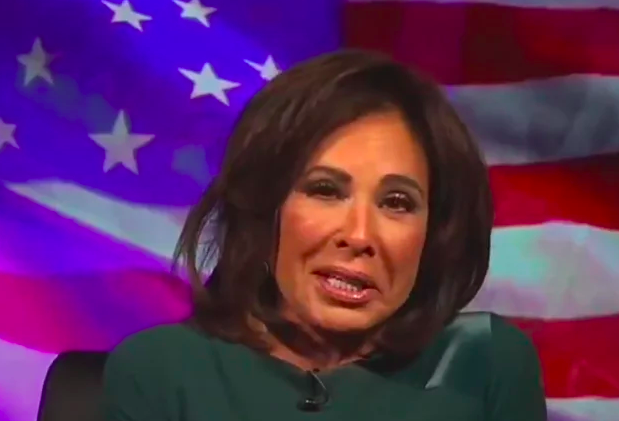 Fox News host Jeanine Pirro insists she absolutely was not drunk during Saturday night’s live episode of her show Justice With Judge Jeanine.

The self-proclaimed “highly respected District Attorney, Judge, author & renowned champion of the underdog” arrived 15 minutes late to the show, which was being broadcast from her home, and was, shall we say, out of sorts when she finally made it on screeen.

Not only was she disheveled, but her face was blotchy and red, she was slurring her words, and, at one point, she appeared to fall asleep during an interview.

OMG. What is Fox News doing putting someone on the air in the condition? https://t.co/N0dPciYAaU

At one point a heavily inebriated Judge Jeanine is slowly nodding off while her guest talks. A quick-thinking producer gets her off screen by throwing up a graphic of “mental health tips.” The first tip is “AVOID NAPS”!!!! pic.twitter.com/h16JkzldrH

Fox News rushed out a statement afterwards saying that Pirro was “broadcasting from her home for the first time” and that technical difficulties “impacted the quality of her show, including the loss of a teleprompter.”

As for her disheveled appearance, that was purportedly due to the fact that she didn’t have her usual glam squad and had to do her own hair and makeup.

But a lot of people aren’t buying it. Many are speculating that Pirro had been hitting the boxed wine before going on air and was, indeed, drunk. Very, very drunk. And, if she was, it’s perfectly understandable! It was Saturday night. She was stuck at home. And we’re in the middle of a global pandemic. There’s a lot to be stressed out about.

Now, let’s take a look at the responses to Pirro’s wacky behavior…

Judge Jeanine from another angle: pic.twitter.com/NvBfk2rGzU

Wow! I thought people were joking.. she looks hammered!
Hope she gets the help she needs.. maybe she’ll become a better person. (Won’t hold my breath)

Folks, Jeanine Pirro was drunk AF tonight…either that or she swallowed some pills chased by a shot of vodka.

I won’t pretend that I am concerned about her—I think she’s a genuinely terrible person. But if I were a Fox News producer, I’d check her into rehab. She’s not well. pic.twitter.com/MPQFDaQv3c

I’m like Jeanine Pirro drunk right now. Wheeeee. (It’s more fun if you put your hands in the air)

And now, the memes…

But perhaps the best response came from Fox News alum Gretchen Carlson who famously butted heads with Pirro during her tumultuous time at the network:

Will another one bite the dust? Let’s just say she’s not one to support other women https://t.co/IVavnGQsDm