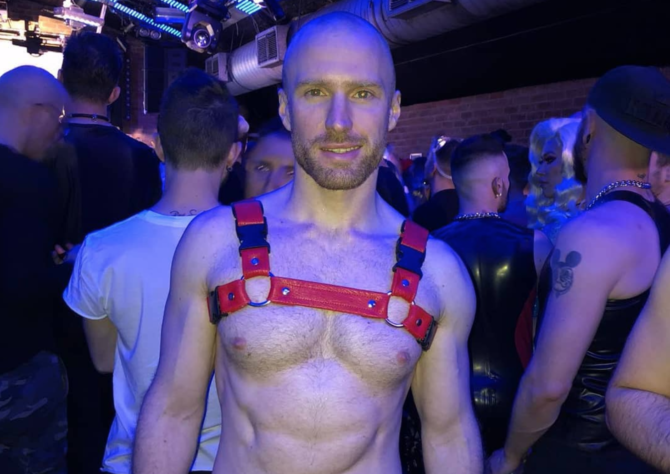 A gay bear club in London allegedly denied one man entry because he showed up in a fierce look that included high heels.

“It’s not something you do everyday,” Pavel Vacek explains. “I bought them a year ago, and I’ve only worn them once. When you have heels on, people look at you. It’s something special, and something different from trainers. I think they’re hot.”

Vacek says that he and his friends tried going to XXL, a gay nightclub in south London catering to the bear community, on August 11th. When they got to the door, the bouncer wouldn’t let him in.

“It wasn’t aggressive,” he explains. “He said it was club policy that you can’t wear make-up, wigs, high heels or anyone feminine. He said: ‘We don’t allow femininity.'”

“I think he was just doing his job. I was upset of course but I wasn’t blaming the bouncer. It’s just the general attitude of the club.”

“If you wear heels, it doesn’t mean you’re feminine,” Vacek continues. “Who says heels are just for women? You can be masculine and super buff and wear heels. I think it’s sexier. It’s not a written rule.”

Vacek says he won’t be going back to XXL anytime soon. “I’m quite open-minded and I like open-minded environments,” he says. “If there’s strict rules for something, I don’t like it.”