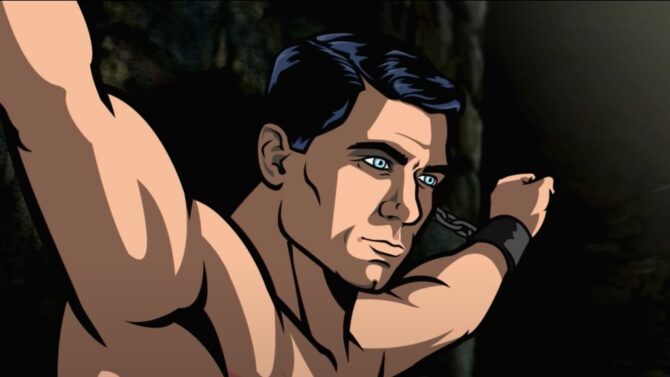 Seems like various cartoons have gotten their gay fans quite, ahem, animated! In a recent Reddit thread on the r/askgaybros forum, users listed the cartoon characters they find hot — and the selections included Disney heartthrobs, superhero hotties, and anime himbos. Here are some of the picks, with GIFs illustrating their appeal and quotes from their admirers.

“Aladdin 100%. So disappointed the live-action remake character wore a shirt instead of just an open vest.”

“Danny Fenton was my gay awakening.”

“Yep, me too. I remember watching it at my mum’s friend’s house and feeling super uncomfortable.”

Dad from Inside Out

“Hello? No one’s mentioned the dad from Inside Out? That man could caulk my tub any day.”

Bolin from The Legend of Korra

“Bolin as Nuktuk was my gay awakening when I was 12. He’s definitely the reason why I’m so obsessed with himbos.”

“Cute idiot. The lengths he went to just to win Leela were heartbreaking at times.”

“When you see his butt in the first episode, little kid me almost died.”

“All these years later, I still have a little smile cross my face when I see his image come up on my computer.”

“I even grew a shitty little soul patch as my first facial hair because of him.”

“I have a weird fascination with Mr. Peanutbutter.”

“How’d I forget Archer? Shit, throw in Ray, Krieger, Barry, and Other Barry, too. Not Cyril, though. I’m not a size queen, and he’s f*cking insufferable.”