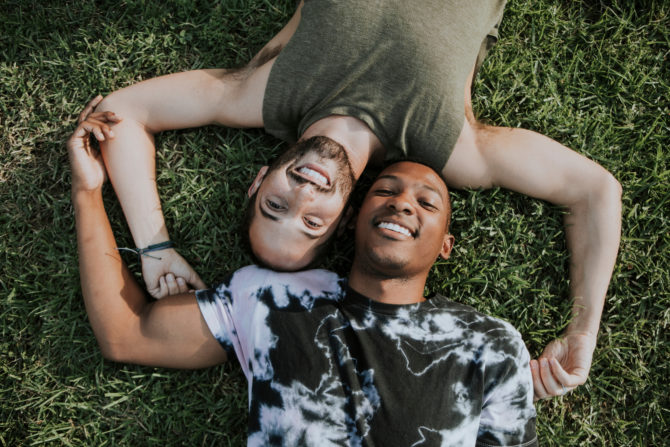 Happily-ever-afters aren’t just the stuff of fairy tales. Sure, there might not be a magic wand for long-term relationships; but commitment, communication, and collaboration can work wonders, as the words of wisdom below attest.

These responses filtered in after a Redditor asked his fellow “gaybros” what lessons they’ve learned from their past and current relationships:

“Open your mouth and speak. Your partner isn’t a mind reader.”

“Conversely, shut your mouth and listen, too! Pay attention to your partner.”

“And when you speak, say what you actually mean. Don’t say something is fine when it’s not. Don’t ‘lay traps’ for your partner to fail if he doesn’t respond the way you want him to something. Be honest with yourself and how you feel and act on your honest feelings. And the biggest one is to trust your partner to take care of you when you do need something, not make things worse by pretending you are OK when you really aren’t.”

“Me and my boyfriend have a ritual that every Thursday after hitting the gym together, we would go to a shisha bar, get a bit high, and talk about all the stuff that’s bothering us, with both one another and different things.”

Related: Should you wait for Mr. Right to come along? Gays aren’t so sure…

“All relationships are a series of ups and downs. Don’t let the downs get you down. Learn when to let the small stuff go, accept the things you can’t change, or get out. The thing you think will break you is rarely the end once you’ve built a life together. Get better at communication. Sit down, put the phones down, and really open up about how you’re feeling.”

“You have to let go of the idea in your head about what a relationship will be like, which is most likely based on popular media. (You are not going to be living in a Hallmark Channel TV movie.) There is no such thing as the perfect relationship either, so don’t base it on some fantasy checklist or comparison to others. It’s also not a 50/50 thing most of the time — sometimes its 80/20, and then the next day 10/90. Don’t get caught up so much in who needs to do what, or whose turn it is next for some chore. Also, realize that people show and express love in different ways. Some people are very verbal and [about] big romantic gestures, while others might be quiet and about the smaller things. They may not say it out loud, but maybe in other ways that are just as meaningful. Spending time apart doing separate things is just as important as shared activities. It’s OK and healthy to have a hobby or interest that doesn’t involve the other.”

“It’s OK to break up and try again. There is no use wasting time on a lost cause. But if anyone meets about [around] 80% of your criteria for an ideal match and you meet [around] 80% of theirs, then you two should try as hard as you can to keep that going, because that’s about as good as you might reasonably expect to ever find and more than enough to build a happy life with.”

“Talk about sex and talk about it often. I see too many posts about dead bedrooms and no conversation between partners, as though it’s some taboo thing to talk about it. I’ve been with my husband since we were 18 (31 now), and sex has never been taboo. I want to make sure my husband is fully satisfied and I want to keep it exciting, so we try new things [and] I listen when he doesn’t like something and pivot to something else. Communicate your needs and try different things. Don’t let the intimacy fade away. There are so many people that just don’t work at it and assume it’ll just always happen but strong deep intimacy requires a lot of work and effort. Same goes for romance. Relationships will ebb and flow. Low times will challenge your love for each other but it can make you stronger as a unit. You’re a team as much as you are lovers so help each other out. Be the person they can lean on and vice versa.”

“Relationships are built, not born. They require work and sacrifice. You don’t just meet someone and your relationship miraculously works. You both have to want it and work at it, for however life takes you. Also: forgive easy, love hard.”