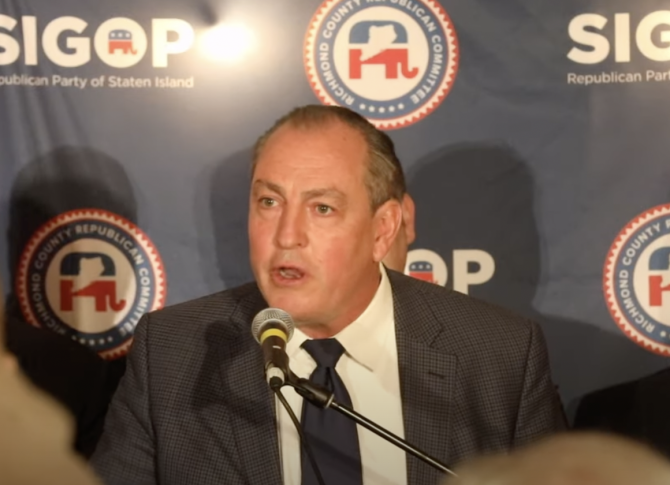 Republican voters once proved that cheating on your wife and leading a double life with a second secret family is not a deal breaker when it comes to holding public office.

Fossella previously represented the New York’s 13th congressional district in the U.S. House of Representatives for six terms, from 1997 to 2009, before his political career was derailed when he was arrested for drunk driving in Virginia and it was revealed that he had a second secret family living there.

During his time in Congress, he held a 0% rating with the HRC and was a vocal opponent of all things LGBTQ. In 1999, he voted to make it illegal for same-sex couples to adopt children. In 2004, he voted for the Marriage Protection Act, and in 2004 and 2006 he voted for the Federal Marriage Amendment, both of which aimed to define marriage as between “one man and one woman.”

After retreating from the public eye for 12 years, he decided to run for Borough President this year, nabbing endorsements from the borough’s only daily newspaper, as well as guys like Rudy Giuliani and Donald Trump.

Last week, Trump issued a statement calling him “the only true conservative Republican in the race who will stand up to the radical liberal mob” and praising him for being “strong” and “tough”.

“I’m humbled that the people of Staten Island have given me another opportunity to serve,” Fossella said at last night’s victory celebration with his wife (the first one), Mary Pat, by his side.“I’m grateful for how instrumental President Trump was in my victory.”

“There are crazy things going on in our city and country. We need to support the police and get crime under control.”