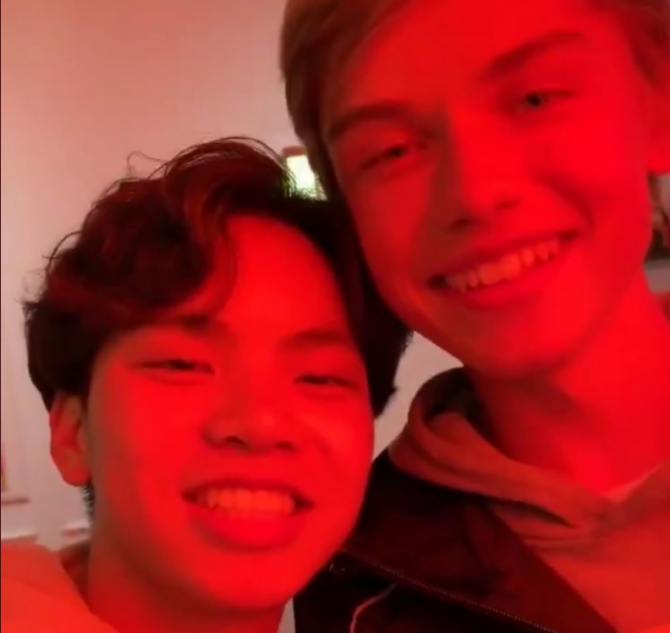 In a viral and now-deleted series of TikTok videos, an offscreen high schooler flirts with another student named Ben before asking him to go steady. And in what seemed like a heartwarming twist, the offscreen paramour reveals himself to be another teen boy, Vulang Nguyen.

I found the cutest Tik Tok thread and the last one makes it even cuter ? I’m sobbing pic.twitter.com/Rkewexi6oc

But Nguyen, who created the romantic videos, said he’s that straight and that he was just subbing in for Ben’s real-life girlfriend.

And in another Instagram comment, he explained, “Ben’s girlfriend is camera shy so we just used my face at the end.”

Suffice it to say, social media users were displeased. And amid the uproar and queer-baiting accusations, Nguyen created a Twitter account to set the record straight, so to speak.

“Hi, I’m the creator of the TikToks. I’d just like to reply to the assumption that this twitter thread carries that the TikToks my friend and I made were ‘queer bait’ and that we’re homophobic,” he wrote. “First and foremost, we do not have any wicked raises to any groups of people. We have the upmost [sic] respect for the LGBT+ community and their struggles in our society. Never did we think about mocking the LGBT+ community.”

He went on: “We made the videos to poke fun at highly romanticized videos all over social media, and suddenly they blew up. We were not ‘pretending to be gay for clout,’ the videos were made for fun, and our friendship ultimately grew through the process. Plus, the videos were meant to be wholesome parodies — regardless of our sexual orientation or gender. I apologize for not being clear about the videos being not serious, but I did not expect them to blow up as much as they did over the internet.”

Happily, there are plenty of stories of actual gay teen couples ready to pull our heartstrings.