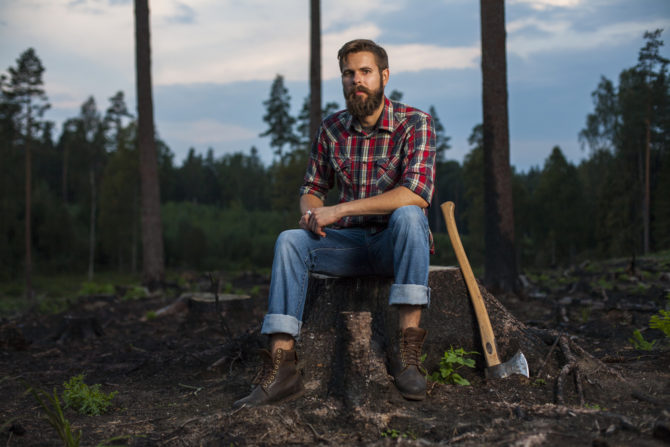 OK, this is kinda awkward.

“It’s embarrassing to write this because I know it’s super taboo,” a young man by the name of Kenny writes for Gay Pop Buzz. “Since last year, I’ve had a really bad crush on my uncle.”

Kenny is 21 and lives in what he calls “a Podunk community” in rural Iowa.

To make a long story short, he didn’t even know this uncle existed until a year ago when his mom, while researching her family tree, did a DNA test to locate distance relatives and found out had a half-brother she never knew about.

“Apparently, my grandfather cheated on my grandmother. He knocked up some woman (I don’t know who she is) sometime when he was in his late 40’s,” Kenny explains.

Rusty recently took a bus to Iowa to meet his newfound family. The first time Kenny laid eyes on him, he says, “I just about died.”

“I was instantly attracted to him. I’m just going to come out and say this – Uncle Rusty is f-ing hot. I mean really hot.”

The next day, Kenny caught a glimpse of Rusty without his shirt and it drove him even crazier.

“When you are 21-years old and closeted, seeing a hairy chested, built guy take his shirt off kind of leaves an impression on you,” he writes. “As I put my head on the pillow that night, I couldn’t shake that image from my head.”

After Rusty’s visit, Kenny says he found one of his uncle’s shirts in the laundry hamper. He put it on so he could “smell him on me.”

“He’s really everything I’ve always liked in a man,” Kenny confesses. “He’s masculine and rugged and genuinely has a nice personality.”

If only Rusty weren’t his uncle!

“I wish I didn’t have these fantasies about him but I do,” Kenny says. “I don’t think my uncle is gay. If he is, I’m really f-ed!”

Related: Life After Twincest: Ta’Leon Goffney Discusses Going ‘Gay-For-Pay’ With His Own Brother, Prison And Redemption

down and out
41 comments