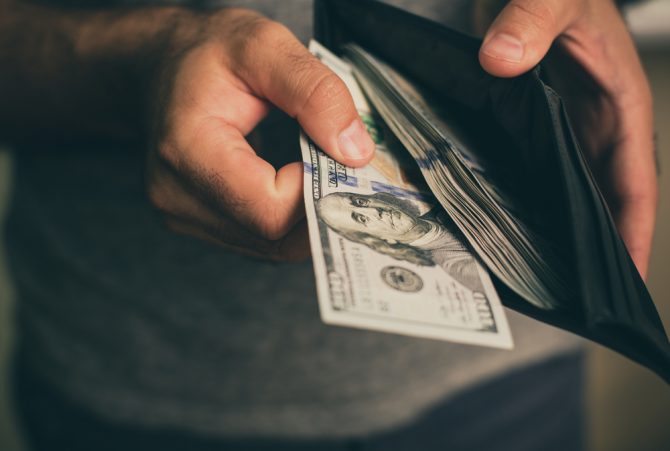 A middle-aged gay man who describes himself as “socially awkward and shy” says he’s been paying straight dudes for sex for years and he doesn’t think it’s healthy, so he’s seeking help from advice legend Stoya over at Slate.

“I have struggled my entire life with dating,” the man explains, “always diving into a relationship with pretty much anyone who showed any interest in me at all whether I was really attracted or compatible with them or not.”

Needless to say, his relationships never work out and he’s developed severe self-esteem issues, along with some questionable habits, as a result.

Related: He only sleeps with straight dudes and here’s why

“Ever since I was first discovering my attraction to other men in my early teens and 20s, I have actively looked to pay straight men for the chance to have sex with them,” he writes. “What this has usually amounted to was me paying them cash to give them oral sex.”

He continues, “It’s not something that I’m proud of, but it has really been the only consistent way that I’ve ever been able to have the sex that I desire and need. All of the guys that I have had these experiences with have been guys who were completely out of my league. I’ve simply accepted that this is how I can have sex.”

The man says he recently told a female friend about all this during a quarantine confession session and she was “appalled at me and told me that this was unhealthy for me and exploitative for the guys I deal with.”

Now he wonders: “Am I being unfair to myself and others getting the sex I need? I’ve never tried to force anyone to have sex with me, just offered them financial incentives to do so.”

In her response, Stoya reminds the man that, in most places, prostitution is still against the law, so he should probably be careful lest he get into some “some serious legal trouble.”

“You’re potentially doing something illegal by paying people to engage in sexual activity with you,” she writes. “Illegal doesn’t necessarily mean wrong, but it might mean ‘bad idea.'”

As for his judgmental friend, Stoya says “she’s probably running more tense and sensitive than usual” because of this whole coronavirus thing, so maybe cut her some slack for her overly dramatic response.

“It might be worth revisiting the conversation when COVID has passed, the economy has recovered, and we’re all able to be a bit more chill.”

Lastly, Stoya tells the guy he may try going to therapy to work on his self-esteem issues, since they clearly don’t seem to be going away on their own.

Related: Gay men dish on what it’s really like hooking up with straight dudes

“You say that all of this straight-guy compensation stems from low self-esteem,” she writes. “A qualified professional—LGBTQ friendly, sex-positive, and kink-aware—should be able to help you tease out what’s sexual pleasure and what’s self-destruction.”

What do you think this guy should do? Share your own advice in the comments section below…