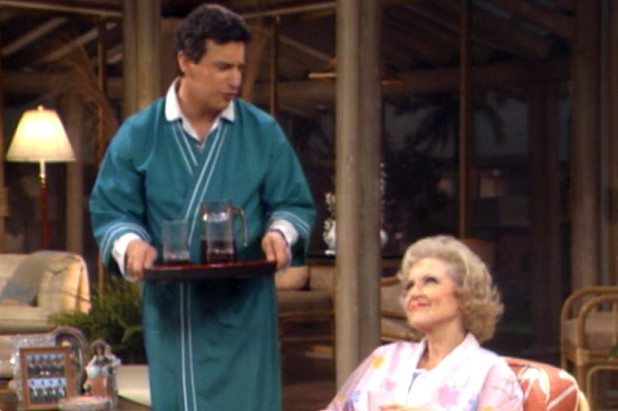 More than 30 years since its premiere, The Golden Girls remains a beloved TV series that continues to nurse a devoted fanbase, even among generations too young to have seen the show when it aired, especially among LGBTQ people. The show even almost had a major gay character as a series regular. Now, a new expose reveals why he vanished after only one episode.

Devoted fans of the show will note that the pilot episode features a character named Coco, a sort of butler/housekeeper to the four female roommates played by Bea Arthur, Estelle Getty, Rue McClanahan and Betty White. Character actor Charles Levin played the role.

Related: An all-Black version of The Golden Girls hits the internet today

Creator Susan Harris, as well as the other producers of the sitcom, had intended to feature Coco as a major character. Coco was explicitly identified as gay in the pilot, with the intention that he would also be a drag queen by night. The character would also allow the writers to address the ongoing AIDS crisis, which had reached a fever pitch by the time the show debuted in 1985.

Unfortunately, two things happened to derail would have been a watershed moment for gay representation in TV. First, the sitcom pilot ran long, forcing last-minute edits to trim five minutes from the final runtime. Coco’s scenes suffered the most, as the primary focus of the show had to be the four women. The other complication came from one of the performers: Estelle Getty. As it became clear that Getty’s Sophia Petrillo stole her scenes and would become the breakout character of the show, Harris and the producers opted to expand the screentime for her character in subsequent episodes.

It also didn’t make much sense that the four women–who lived together for economic reasons–would somehow be able to support a butler. Thus, Coco became a footnote in TV history, while the four leading ladies of The Golden Girls would become TV legends–and gay icons.

Lucky for us, The Golden Girls never shied away from addressing LGBTQ issues, be it Dorothy’s longtime friend Jean who was revealed to be a lesbian (with a crush on Rose, no less), Blanche’s gay brother who marries his boyfriend, Sophia’s transvestite son Phil, or Rose’s HIV scare. The rest is sitcom history, as they say.

On the other hand, we wouldn’t mind seeing an all-gay male version of The Golden Girls set in the contemporary era. Picture it: Miami, 2021…