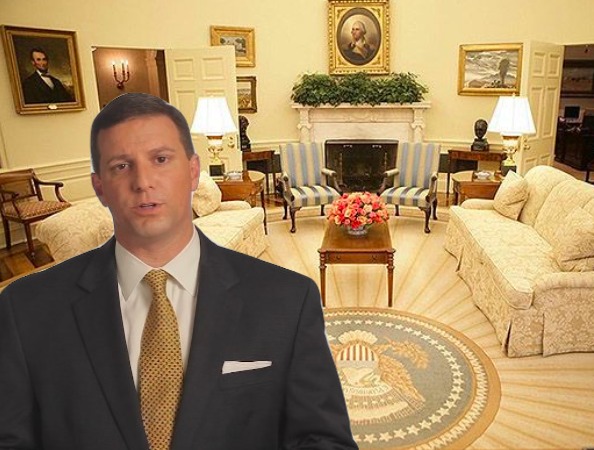 Despite admitting to the “improper” behavior, Yenni insisted he’s “not gay” and that he’s is very happily married to his wife and mother of his three children. He also refused to resign from his post as Jefferson Parish President.

(We should note: It’s very likely Yenni was telling the truth when he said he’s “not gay”; his behavior resembles that of a bisexual.)

Now, the 40-year-old lawmaker has a new potential scandal on his hands. He is being criticized for quietly increasing the budget for improving his office by more than 1,600%, raising it from a modest $11,700 to over $200,000. He then had his office remodeled to look like George W. Bush’s Oval Office in the White House, including a starburst rug nearly identical to the one Bush had. 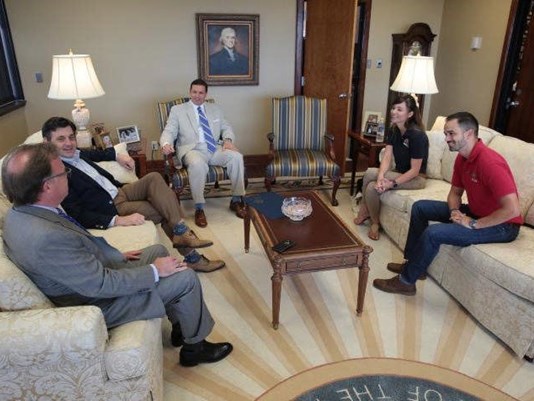 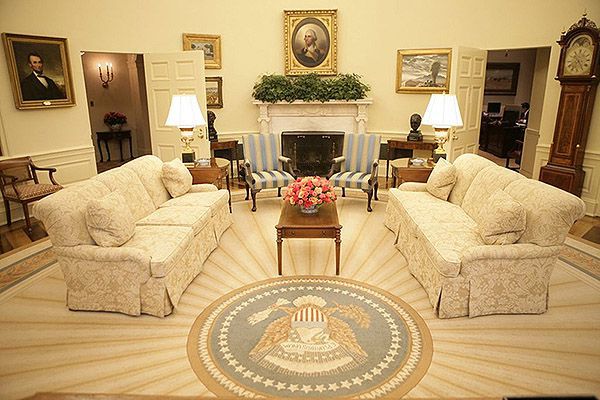 Hats off to your interior designer, Mike.

Yenni insists the only things he used public funds for were to buy three new telephones and that he spent his own money to buy all the other stuff, adding that he’s allowed to make his office “as nice as I want it to be as long as taxpayers don’t pay for it.”

But invoices seem to suggest something else might be going on.

The invoices also include things like etched glass doors and a current $7,000 order to have new hardwood floors installed around the perimeter of the starburst rug in Yenni’s private office.

“Regardless of what you think of me as a person, I am very responsible when it comes to taxpayer money,” Yenni insists.

Related: Mike Yenni And Wife Are “Moving On” From Gay Teen Sext Scandal So You Should Too

Subscribe to Queerty for a daily dose of #politics #aaronschock #georgew.bush stories and more