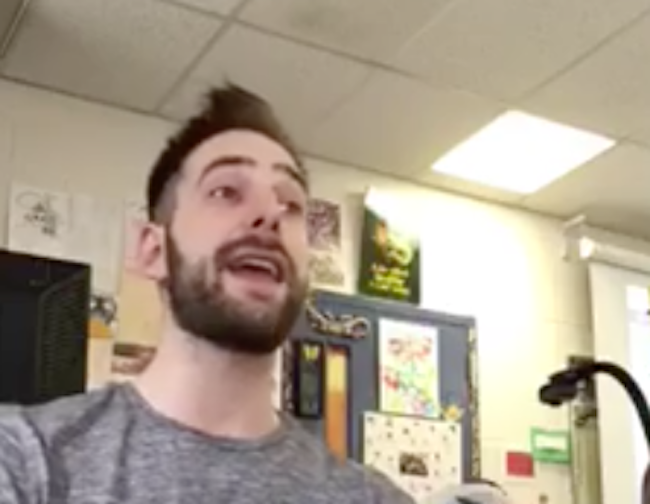 During an impromptu spelling quiz, Dombrowski decided to include completely made-up words, drawing in part from RuPaul’s Drag Race.

Case in point: “Ro-laska-tox,” which left the class collectively scratching their heads, especially after he used it in a sentence:

“Ro-laska-tox were surprised when Jinkx took the crown. If you didn’t get the hypens, I’m sorry — you did not get the word.”

Once his pupils are sufficiently mystified, he reveals it was all a delicious game; a romp; an April Fool’s gag.

Many students protested: “It’s not even April!”

“Is this going to be part of our grade?” asks another.

“Congratulations, turn in your test. This is going to be on your report card.”

As Unicorn Booty points out, this isn’t the first time Dombrowski has caused mischief in his classroom.