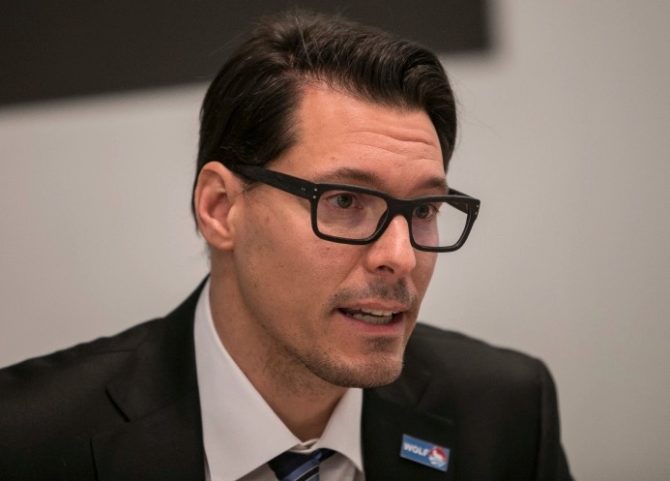 With the March 20 special election just around the corner, Wolf is doing everything you’d expect: playing bingo at a senior center, shaking countless hands and making his platform known.

Not only that, he’s tweeted about it with pride:

And as if that wasn’t enough, he’s also smoking a joint in the ad, which includes the caption “legalize it.” We’ll just let you deduce where he comes down on recreational marijuana laws.

“We are going where young voters are,” Wolf told the Observer.

“It’s important to have a progressive voice to move the country forward,” he added. “We’re reaching out to young people to get them to vote. If young people vote, they can get anything they want.”

Related: Straight GOP candidate on gay film past: “I am not ashamed!”

“Their heads are buried in their phones, their eyes are on screens and I am speaking directly to them,” Wolf said.

The ads are set up to appear across Chicago to various demographics using the site, so we can only assume they’re targeted to appear on gay content as well as straight.

Wolf previously served as a national security investigator for the FBI and a special agent and diplomat for the State Department. He’s in favor of universal healthcare and an assault weapons ban, among other progressive stances.